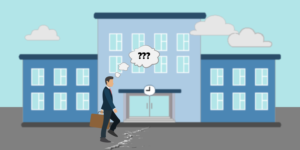 School administrators not knowing whether or not to cross the line on free speech in schools due to its multifaceted nature.

When 13-year-old Mary Beth Tinker arrived at Harding Junior High School on Dec. 16, 1965, she had no idea the events that would transpire that day would result in one of the largest Supreme Court cases on freedom of speech for students. Not long after class started, Tinker was called into the principal’s office, asked to remove an armband protesting the Vietnam War. She was then suspended for her protest.

“The main factor in taking the case to court was feeling that the rule against our wearing the black armbands to mourn for the dead on both sides of the Vietnam War and to support a Christmas truce wasn't fair,” Tinker, now 69, told The Falcon.

The Tinker family filed a lawsuit against the Des Moines school district, but lower courts upheld the school district’s decision. Eventually, the case was appealed all the way to the Supreme Court. On Feb. 24, 1969, the court ruled 7-2 in favor of the students, saying students do not “shed their constitutional rights to freedom of speech or expression at the schoolhouse gate.”

In the U.S., free speech is regarded as one of the pillars of democracy. The First Amendment protects people’s right to freedom of religion and expression from any government intervention.

Over the years, multiple court cases have posed questions about the limits of free speech involving students and essentially asking how free they are to speak in a school setting. Here are some of the results of those cases.

Can students wear controversial clothing without fear of punishment?

Dress codes are usually implemented by schools to promote safety, a better school image and learning. Although the Supreme Court has never explicitly addressed dress codes, it usually sides with the schools according to Middle Tennessee State University.

However, cases such as the Tinker vs. Des Moines case prove that students still have some control over freedom of expression through clothes.

According to principal Greg Louie, the California Education Code says that as long as students are not expressing absurd messages or creating a dangerous and disruptive environment for other students, they have the freedom to express themselves through clothing.

“Students are prohibited from expression that is obscene, libelous, or slanderous,” Louie said. “Students are also prohibited from expressing themselves in a way that creates a ‘clear and present danger of unlawful acts on school premises or the violation of lawful school regulations, or the substantial disruption of the orderly operation of the school.’ I also think expression needs to be considerate of the rights of others.”

Sophomore Ashley Belshe favors wide but not unlimited freedoms when it comes to how students dress.

“I want to wear anything I want to school,” Belshe said. “But I can see how people could be bothered by other people’s clothing, and clothing with offensive messages shouldn’t be allowed sometimes.”

Can students be critical of the principal, staff or administration?

Currently, schools are able to punish students for speech that disrupts the educational process by disrespecting teachers and administrators. In the case Poling v. Murphy, the Sixth Circuit ruled against a student who made fun of an administrator’s stutter.

“The US Supreme Court essentially says that students ‘do not shed their constitutional rights to freedom of speech and expression’ when at school,” Louie said. “I obviously support the US Supreme Court's decision and interpretation of the Constitution. But ideally, it is done in a way that is intended for productive change, rather than something ‘obscene, libelous, or slanderous.’"

Can students say anything they want at school without fear of punishment?

Belshe said she believes students should be able to express themselves freely without fear of consequences at school.

“I don’t think the school should be able to punish students who are simply stating their opinions or feelings,” Belshe said.

In December 2020, a high school freshman in Pennsylvania used profane language to express her frustration about not making her school’s varsity cheerleading team, which led to her suspension from cheerleading for a year.

Because of this incident, the student sued her school district, winning at the district court level, but the case escalated to the Supreme Court in January.

Despite these free speech friendly rulings by some lower courts, the Supreme Court has often cut back on students’ First Amendment rights since the Tinker case.

“In a school setting, it’s possible to regulate hate speech, but I think not giving people power over their ability to express themselves can also lead to problems,” Chawla said.

One example of the blurred line when dealing with free speech is the occasional rescinding of college admissions when students engage in hateful speech.

Following the death of George Floyd, at least a dozen colleges revoked admissions to their incoming students over racist comments online.

In one case, an incoming student at Cornell had his admission rescinded after videos surfaced of him using a racial slur. The student was removed from the football team and later expelled under the university policy that “reserves the right to revoke an offer of admission under certain circumstances, and at any time.”

Still, public universities may face legal consequences for disciplining students based on racist or sexist comments, which raises questions as to how much protection the First Amendment grants individuals.

Currently, hate speech, or any form of expression where speakers intend to discriminate against a group, is protected under the First Amendment. Hate speech can only be criminalized when it directly encourages criminal activity or consists of specific threats of violence directed at a person or group.

But many believe hate speech should be more controlled, especially in schools.

“When speech targets a certain group of people or individuals in a negative way, it becomes hate speech and that shouldn’t be allowed,” Chawla said. “However, it’s really difficult to enforce these rules because it is relative, and that can lead to a lot of different interpretations of what free speech and hate speech are.”
Reflecting on her own case a half century later, Tinker said the famous case that involves her family set the right precedent.“I think the standard set by the Tinker ruling is reasonable,” Tinker said. “The speech in question should not substantially disrupt school or impinge on the rights of others, but this is very much open to interpretation. So there is no clear-cut line.”

According to the Freedom Forum Institute, school officials must prove they can reasonably predict a substantial disruption as a result of a student’s speech before censoring speech.

The Saratoga High student handbook states that threats, harassment, profanity and disruption can all lead to up to a 5-day suspension for a first offense.

Tinker said she believes there are two ways for schools to combat hate speech: a legal approach and a preventive approach, with the latter being a more effective long-term solution.

“It would involve anti-racist, anti-bias curricula at all levels of K-12 education, led by administrators, teachers, and students,” she said.

While many still debate the degree of freedom of speech that should be allowed in schools and in virtual spaces such as social media, the justice system is slowly navigating the issue one case at a time, and Tinker hopes the long arc of history will go in the right direction.

“What we have in the U.S. is a sort of ‘sliding scale’ for free expression for students. Students at whiter, higher income schools generally have more free speech rights,” she said.  “I hope there will be more support for free speech in school, and that it should be equally accessible by all students, regardless of wealth, race, ethnicity, gender and gender bias.”