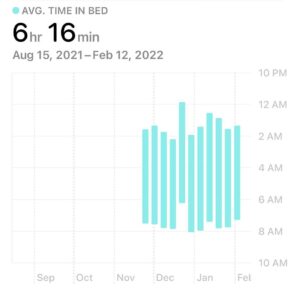 Permalink
“I slept 8 hours in the last three days” is not the flex you think it is; rather it is highly detrimental to long-term health.

In AP Statistics recently, I witnessed a junior who went to sleep at 3 a.m. the previous night give into the blissful, yet fleeting pull of sleep instead of completing their warm-up worksheet. They woke up startled after the concerned teacher tapped them, asking apprehensively what time they went to bed the previous night.

Such moments are common, especially for juniors and seniors.  Thanks to the school’s hypercompetitive environment, ambitious upperclassmen often take on the hardest classes all at once while also juggling college applications, sports and extracurriculars into the mix.

With so many balls in the air, they find they can spare only four to six hours a night for sleep and sometimes even less.

If this problem wasn’t bad enough on its own, it becomes even worse when upperclassmen start bragging about their lack of sleep.

“The time you wake up is generally when I sleep,” I overheard one classmate saying. “Last night, I slept at 7 a.m.”

When students were working on the infamous “Beloved” essay in English 11 Honors, few essays were submitted by midnight. In fact, many classmates I knew turned in their essays between 3 and 4 a.m.

The next day, instead of shamefully regretting the fact that they had about one-third of the recommended amount of sleep, many bragged around to their friends and even the teacher, eliciting sympathy and bravado.

In a Facebook poll that sampled  34 upperclassmen taking mostly honors and AP courses, 82% say they regularly go to bed past midnight, and a majority go to bed past 1 a.m. This translates to, at most, five to seven hours of sleep on a regular basis — a far cry below medical professionals’ recommended eight to 10 hours for long-term health. This problem isn’t confined to our school — only about 27% of high schoolers nationally actually get the recommended amount of sleep.

What are the causes of the plague? Leading the list are poor time management, bad organization and a lack of forethought. Chronic sleep deprivation (defined as not one or two days but a longer period) should not be looked at as the pinnacle of achievement nor something to be admired and emulated.

Long-term sleep deprivation has been linked to anxiety, faulty brain function, memory loss and immune system deficiency. Having immune system deficiency during a pandemic, a dip in mental health or faulty brain function is the last thing stressed high schoolers need. Yet they bring it on themselves by trying to out-do one another by staying up unimaginably late at night in order to keep up with their peers or be the epitome of tireless work.

To solve this, students can do many things: Stop giving into peer pressure, stop procrastinating, use weekends more effectively and plan ahead as much as possible.

Peer pressure usually takes the form of sleep-deprivation glorification. People should stop bragging to their friends when they go to sleep late, and instead brag when they get a full night’s sleep. This change in mindset would promote prioritizing sleep rather than the procrastination that results in 3 a.m. bedtimes.

Another major issue is group projects where the habits and sleep schedules of some members tend not to match those of others. In these cases, getting everyone to agree to a schedule that they follow is the best course of action rather than following the impulses of the worst procrastinators.

As we’ve been told since middle school, students should attempt to complete all work ahead of time whenever possible — especially during breaks and weekends. While students have many extracurricular activities and competitions that take place throughout the day, there are almost always more hours to catch up on school work as well. In practice, this involves finishing homework and studying for tests ahead of time.

But for all sleep-deprived juniors and seniors looking for a way out of the vicious cycle, I ask one thing: Don’t brag about when you stay up well past midnight, stop procrastinating and plan ahead. And above all, let’s change our mindset from one that glorifies sleep deprivation to one that condemns it and fights it at every turn.