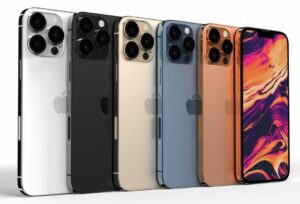 On Sept. 14, Apple announced four phones in the iPhone 13 line, said to have the “most advanced camera system ever” and a “lightning-fast chip,” supposedly being “your new superpower.”

However, these improvements are only really useful for super niche applications, and only feature very minor practical improvements compared to last year’s models.

Besides these minor innovations, there have been the typical technical improvements in processor, camera and battery performance.

It doesn’t take a genius to notice that the last few iPhones have looked the same. The notch has been living in the display for four years, and the proprietary lightning port has been there since 2013.

And while other Android phones have stuck with a fingerprint sensor (either on the back of the phone or under the display), Apple’s iPhone 13 still hasn’t addressed the huge disadvantage of  Face-ID being the only biometric login, especially since the pandemic has forced people to wear masks everywhere.

It doesn’t seem practical for an iPhone 12 user, or an iPhone 11 user at that, to go for such minimal upgrades, especially at such a premium price tag. Now that Apple has established itself as the world’s great tech giant, it seems that they are much less focused on taking risks and innovations, but rather releasing predictable products with predictable revenue streams.

It is a good business strategy — reinforcing reliability and longevity — but it’s made new iPhone events so boring and underwhelming as to not compare to the excitement of former releases that truly did break new ground.