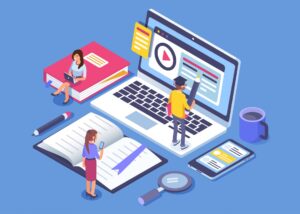 Along with the rest of the Class of 2021, I just went through one of the most difficult college application cycles in history. With many schools going test-optional and shifting requirements because of the pandemic, top institutions saw record-high numbers of applicants, causing acceptance rates to plummet across the board.

Yet somehow, I logged into my Harvard admissions portal on April 6 to find confetti and a “Congratulations! Welcome to the Class of 2025.”

I reread those lines several times before it truly hit me that I had gotten into a school I almost didn’t apply to because I thought my chances of acceptance were next to none. I couldn’t — and still can’t  — believe that my roll of the die in the unpredictable game of college admissions had actually hit the jackpot.

In the weeks following my acceptance, I vacillated between complete elation and contemplating emailing the admissions office about whether my admission was a mistake. (Pro tip: Don’t.) Sure, I worked hard in high school, but so had my peers, many of whom didn’t get into their dream schools, particularly because of the strange nature of this college application season.

Naturally, this entire process has been disillusioning, to say the least, but because of that, it’s also been incredibly rewarding. Here are five of the common myths about college apps and why I think they’re terribly, terribly wrong.

“The UCs are my safeties.”

I’m just going to be blunt here: No. They absolutely are not. Not even the mid- or lower-tier ones.

This misconception largely stems from the stereotype that UCs, as in-state public institutions, are less selective than private schools. I know some people who also perpetuate stereotypes about individual schools, such as the idea that as long as you have good grades, you can get into UC Berkeley.

While the UCs may not be as selective as some private colleges like Harvard, Stanford, Yale or Princeton, their public school status certainly doesn’t render them safety schools. In fact, the vast majority of UCs are known as the “Public Ivies” because they’re the top public schools in the nation — and even the world.

There’s also the fact that overall ranking isn’t the only determining factor of a school’s “prestige.” When it comes to computer science, UC Berkeley’s program is better than the one at Yale, a school more focused on the social sciences and humanities.

And despite what many may think, there’s no guarantee that someone who gets into, say, Harvard can get into any UC they apply to. I’m not an admissions officer, so I won’t speak to admissions requirements, affirmative action, yield protection or any of those murky unknowns, but I can testify to this: UC admissions are, like at any other institution, unpredictable.

Several of my very high-achieving friends were either waitlisted or rejected by Irvine, Berkeley and UCLA. Those same friends, however, were accepted by more traditionally prestigious schools. And this phenomenon isn’t new; I know plenty of alumni who currently attend more “prestigious” universities and also faced rejections or were waitlisted by the UCs.

So don’t underestimate the UCs. If you’re looking for safeties, stick to state schools.

“I’m just going to apply to every top 20 school; I’m bound to get into at least one, right?”

Not necessarily. As I mentioned earlier, college admissions really are wildly unpredictable, and you can’t simply rely on the laws of probability to guarantee you a spot in a top school. I’ve certainly heard horror stories of students being rejected or waitlisted by all of their top colleges. Had I not lucked out with Harvard, the only top 20s I would’ve been accepted to would have been Rice University and UCLA.

And regardless of whether this method works, it’s still a terrible way to approach college apps. It’s exhausting, but actually researching the schools I wanted to apply to — through poring over their different webpages for hours, watching student day-in-the-life videos on YouTube, attending info sessions or (virtually) visiting the school — has been one of the smartest decisions I made while I was applying to college.

Looking at the location, size, programs, student organizations, research opportunities, quirky traditions and the general campus atmosphere of each school helped me eliminate colleges that I thought I wanted to attend simply because they were “elite” but really wouldn’t fit me one way or another.

Admittedly, I did apply to a couple of schools that I didn’t particularly like, mainly out of a sense of obligation, and my results at those schools weren’t the best.

For example, I honestly disliked the culture of USC and applied only because I knew they give generous merit scholarships, and indeed, they were “sorry to say that we are unable to offer you a space in this year’s incoming class.” Although no one really knows what goes on in admissions offices, I’m sure they could detect that I wasn’t a good fit for them.

It’s all in the vibes.

“In order to get into x school, you have to get 5s on 10+ APs, start your own nonprofit, win national and international awards, write about this in your essays and ….”

Let me save you some pain and anxiety: No, you don’t.

There is no single formula that gets someone into a school. Of course, there are probably certain degrees of “requirements” colleges like to see, such as “academic rigor,” but there are no instructions for meeting any of those criteria. Academic rigor, for example, can look very different for different people, depending on their access to opportunities and resources, their socioeconomic or family circumstances, how much time they’re investing in other pursuits, etc.

And frankly, even then, these vague criteria often aren’t as determining as you think they are. Again, no one really knows how admissions officers make decisions.

By the time I graduate, for example, I will have taken nine APs — certainly a high number, but also one that’s lower than that for many other high-achieving Saratoga/Bay Area students or Harvard applicants who were rejected. I’ve received some regional awards for my writing and a national one, but none would have made me substantially stand out from many other Bay Area students or Harvard applicants. And my essays weren’t bad, but certainly were nothing the admissions officers hadn’t seen before.

On paper, I’m most likely not the most outstanding person that the Harvard admissions office saw this past season. For all I know, I could’ve barely squeezed my way in.

Yet for reasons I will never be able to fathom, they still chose me over some seemingly more “qualified” applicants, applicants who followed a supposed formula of taking 10+ APs, getting published in prestigious journals, winning international awards, etc. Which brings me to the next myth.

College admissions is a meritocracy.

If there’s one thing you take away from this article, let it be this: College admissions is not a meritocracy, and for the sake of your mental health, it’s smart not to treat it like one. The process became significantly more bearable for me once I truly internalized this reality.

Unmeritocratic nature of policies like legacy aside, there are so many uncontrollable factors in this process that you simply cannot take full responsibility for your college results. An applicant may have all the skills to succeed at an Ivy League school, but the admissions committees may reject them for totally unrelated reasons.

Perhaps they don’t see that student as a good “fit” for their school — a word admissions officers commonly throw around whose criteria no one really knows — or maybe they’ve already decided to admit someone who seems similar to the applicant, or maybe that admissions officer just happened to connect more with another student. I remember attending a UChicago information session, for example, in which an admissions officer recounted how she really related to a student who wrote about working with children because the admissions officer herself has worked with a lot of children.

These are just some among the plethora of other factors that could go into an acceptance, deferral, waitlist or rejection, and no one can possibly account for them. Most importantly, none of them say anything about who you are as a student or as a person.

Yes, accepting that college admissions isn’t meritocratic means that you can’t take full credit for positive outcomes either. As with your negative results, there will always be a degree of luck, a fortunate alignment of your hard work and the aforementioned uncontrollable factors, involved in your acceptances.

As harsh as that may sound, and as tempting as it is to credit your acceptances to your past four years of work, there’s really no harm in recognizing that you’re probably not fully responsible for getting into these schools. And this brings me to my final point.

Where you end up reflects on your past years’ work and you as a person.

If the process is far from meritocratic, then of course, your results say little to nothing about how hard you’ve worked or who you are as a person.

No college decision can invalidate or validate your past four years of work and growth. As I awaited my results, I continually reflected on everything I’ve worked on the past four years, how much I’ve impacted the people around me and how much I’ve matured. Reminding myself that nothing can change or take away any of this helped me develop a high degree of acceptance to the vast majority of my college decisions — so much so that my family started to wonder what was wrong with me.

On the other end of the spectrum, going to your top-choice school doesn’t suddenly make your efforts worth far more than they are either.

For me, I know that I didn’t do everything I did in high school because I wanted to use them for getting into college; I did them because they were genuinely meaningful to me. Although it was nice to have some schools recognize my efforts via their acceptances, they ultimately didn’t do much to add to my sense of accomplishment. I already knew that I’ve done meaningful things; I didn’t need their acceptances to tell me that.

Of course, you deserve to and should celebrate good results — after all, like I mentioned, it is a synergy of luck and merit — but don’t let it get to your head. You are more than the “[college] ‘26” in your Instagram bio.

In the end, there’s very little you can do to control this mess of a process. So all you can do is not sweat it. Remember that admissions officers only base their decisions on the little pieces of yourself that you present to them — and sometimes probably not even that.

My bottom-line advice to those who have yet to climb the college admissions mountain is this: You know who you are and what you’re worth, so just be genuine. Regardless of where you end up, be confident that you will find a way to make the most out of your college experience, and someday everything you’re stressing about now will seem insignificant compared to the degree you hold and the friends and memories you’ve made.