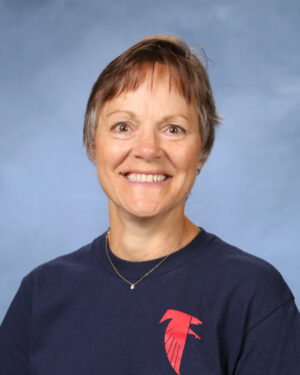 Troxell first discovered how fulfilling teaching could be two decades ago. At the time, she had her own window treatment business and designed curtains and installed them for people after having previously worked as an engineer, but then she was put in charge of the computer lab at her children’s elementary school in San Jose as a parent volunteer.

“It wasn’t until that moment that I realized how cool [teaching] is,” Troxell said. “It’s like, ‘Wow, I really like this — I could be good at this.’ It sounds really corny, but it is really accurate.”

Although she thinks she would not be as good of a K-8 teacher, she loves working with high school kids and will miss them a lot.

Throughout her years here, Troxell has supported the computer science program and has also been heavily involved in the math department.

As the math department chair for five years, she has helped the department navigate through the Common Core changes and introduced several new courses such as College Prep Calculus and Regular Trig/Precalculus.

“It was a good growth experience for the school, and it was a good personal growth for me too,” Troxell said.

During this time, she grew in her ability to interact with her peers and found that navigating through a major change in the school helped her become more organized and knowledgeable as well.

As the computer science program evolved throughout the years, Troxell’s teaching style has also changed; she has implemented a “flipped classroom” approach where the students listen to her lectures at home and work on projects or ask questions about the lectures in class.

“Students seemed to become uninterested in [the lecture after] about five minutes,” Troxell said. “Part of this was due to a huge range of abilities [in the students] and since there was such a huge variety — more so than in a math class — it was hard to lecture at an appropriate rate.”

As a result, she introduced optional attendance days for her AP Computer Science classes where students can learn the material on their own at home instead of going to class.

However, even though high-achieving students are not required to attend class every day, it does not mean that they lack the education they need, Troxell said.

She often implements supplementary material into her curriculum that will ultimately benefit students regardless of whether it is tested on the AP exam. She writes her own lessons and worksheets that she believes will help students if they chose to pursue computer science in the future. The skills students learn in her class will help them understand tested ideas on a much deeper level, she said.

Furthermore, Troxell said that because many of her students end up studying computer science in college, the extra material she teaches will ultimately become a starting point for them to bring “all kinds of cool things” to the world in the future.

An example of one of Troxell’s students who has found success in computer science is alumnus Sujay Khandekar, currently a student at University of Illinois Urbana-Champaign. He was in both Troxell’s APCS and Trigonometry Honors classes in his sophomore year and got to know her well. As a sophomore, he even started the App Development club with the support of Troxell, who agreed to become the club’s adviser.

“Mrs. Troxell's APCS class was my first exposure to programming and the field of computer science,” Khandekar said. “Her support of the App Development Club enabled me to make my very first mobile app, the SHS App.”

With these experiences, Khandekar later studied Human-Computer Interaction in college and continued to develop web and mobile applications using elements of social computing.

But none of this could have happened without Troxell’s help.

“She really cared about my goals and dreams beyond her classroom, and that really meant a lot to me at the time,” Khandekar said.

Another student, sophomore Albert Xiao, who has experienced being both Troxell’s student and teaching assistant, said that her “unique and effective” teaching style made an “immeasurable” impact on him.

“She is a great role model,” he said. “Working with her, I have learned a lot about what teacher do for us [students] and I am grateful to have had such a fantastic teacher.”

Xiao said that although he is sad that Troxell is retiring, it is well-deserved because of all the things she has done for students.

In the end, her retirement will be bittersweet for her. Troxell has always taught for her students, and her students will be the ones that she will miss the most.

“I’m in this profession because I love working with the students,” she said.

After retiring, Troxell said that she wants to “go out into the world and have fun.” In her free time, she likes to camp, backpack, garden and knit. She is also an avid scuba diver.

She also wants to volunteer at multiple places that she could not have while she was working, such as local libraries and an afterschool program that helps kids code.

But no matter what she does, Khandekar said, “I wish her the very, very best. I feel bad for the students who won't get the chance to have her as a teacher or a mentor.”