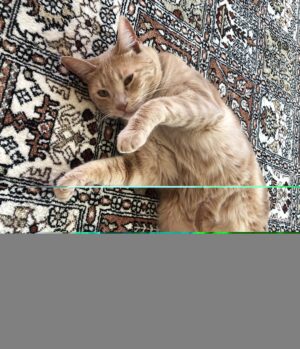 I was once told by National Geographic that felines are extremely smart animals that can learn quickly and understand almost anything. After becoming a cat mom, I’m convinced that they were lying.

Being forced to quarantine with my family gave me plenty of time to bond with my cat, Luca, so I decided I would teach him some tricks.

About five months ago, my father taught Luca how to sit, so I thought I would try something a little more advanced: lying down.

Given that my cat spends 22 hours a day sleeping, I was under the impression that lying down would not be too hard for him, but apparently I was completely wrong.

Seeing my father’s successful endeavor, I decided to go about teaching Luca the same way. I showed him a treat, pushed him to the ground so that he was lying down, and rewarded him with the treat. However, after several attempts at this, he still did not seem to understand what was going on.

The next day, I tried again. However, he turned his attention to a fly in the room and chose to spend the next hour chasing it around my house instead of learning the trick.

The next few days passed in a similar manner, either with Luca getting distracted by dead bugs and shoelaces or with him being hopelessly confused.

After two days, it became apparent that my less-than-intelligent cat would never master the art of lying down, so I gave up trying to teach him.

The silver lining: My house is now rid of all insects and bugs, as my cat has decided to spend the last couple of weeks relentlessly hunting them instead of learning the trick I was trying to teach him.