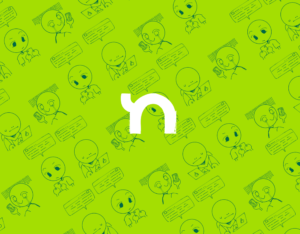 Permalink
While many posts on NextDoor consist of neighbors giving favors or sharing information about security breaches, a handful of posts are seriously laughable.

“Isn’t it great when the local newspaper doesn’t use spellcheck on their headline?”

Isn’t it great that The Falcon doesn’t make spelling mistakes on headlines like this? Oh, wait …

“The bike barrier at Lincoln elementary punctured two of my tires when I came up against the edge.”

Hmm … I know! Maybe don’t bring your car up against the edge next time, okay?

“Shame on the parents letting kids use park water freely and connect their water sprayer […] What a great example.”

I get it — it’s 100 degrees outside and everyone’s cranky. But trust me, there are better things to complain about than children having fun with sprinklers.

“Ok where do I call to stop the fireworks? This is ridiculous. It’s after 10pm and a residential neighborhood I’m over it.” (Posted on July 4)

“Neighbors: We are not making enough noise about these outrageous gas prices. We are being robbed in broad daylight but the media is giving more air to Johnny Depp and Amber Heard. We need to be much, much louder.”

If you’re tired of hearing about celebrity drama and paying $200 for gas, I hear Venezuela is the place to be.

“Yes, the driver in the Lamborghini really feels the need to show off. The knucklehead is clueless that his car isn’t a big deal in our town. After all, Los Gatos has one of the very few luxury car dealerships in Northern CA. We see Lamborghini’s, Ferrari’s, McLaren’s and other luxury cars all the time. In summary, we’re not impressed so grow up.”

“To the dude on Capri popping tires I know what you look like, don’t let me catch you slipping. Just because you don’t own anything does not give you the right to mess with people’s stuff”

“I don’t understand the posts about pot. I grew up in Saratoga and there use to be a bong store across from the black watch in that small parking area next to Wells Fargo. Have you ever heard or a bar fight with people [who] are high? Nope never.”

My favorite response, from user Daniel Markey: “When I grew up in Los Gatos in the 80’s, cocaine was the drug at Los Gatos High.”

“The future of Saratoga shouldn’t be determined by only its residents. People come from elsewhere to enjoy the public parks, shop at the retail centers, etc. I could call the Saratoga City Council members and express my support for this project, without showing proof of residence in Saratoga, and they’d still take my input into consideration, as they should.”

The comments on this post comprise of NIMBY support for nonexistent camouflage high rises and elderly folks who have no idea what is being discussed.

“This past Friday I had two young people come onto my lawn and start to put up a campaign lawn sign for Rishi Kumar. It seems like their mother was watching across the street in the car as they were doing it. They did not even bother asking for approval. It was rude and I had to tell them to get off my lawn (never thought I’d have to say that one day).”