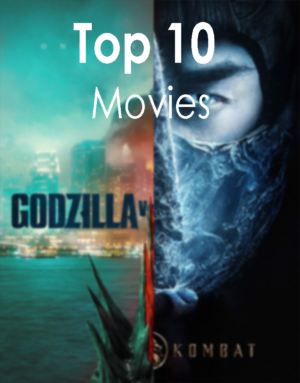 From horrors to superheroes, I have culminated a list of the best movies that will be released by the summer of 2021.

Following the abolition of “The Purge,” fans of the series hoped that movie studios were finally done milking the series with the same plot structure and generic characters that lead to its collapse. But alas, the cycle continues. This time, a Mexican couple escaping from a drug cartel is stranded on a Texas ranch with a group that unlawfully tries to continue their own Purge. While the plot may be stale, the movie seems likely to carry on its tradition of being an amazing horror.

A reboot of the failed 1990s live-action films, this latest rendition returns to the box office after nearly two decades in development. In the movie, three martial artists must compete in a tournament to save the world. While having mixed critical reviews, viewers can enjoy a mix of martial arts with an ornate plot. Key actors include Lewis Tan, who starred as Shatterstar in “Deadpool 2.”

Directed by Zack Snyder, this movie offers an interesting twist on classic zombie movies: The rag-tag assembled team must plot a heist into a Las Vegas casino. The trailer depicts a fast-paced, run-and-gun movie, starring Dave Bautista, who became a Hollywood star after retiring from the World Wrestling Entertainment (WWE).

Like many movies on this list, Godzilla vs. Kong was a fan favorite delayed by the pandemic. Featuring two of the most iconic characters in the Monsterverse, Godzilla and King Kong, the visual effects and action sequences are awe-inspiring, though the script is lackluster with a predictable plot progression. The movie features multiple battles between Godzilla and King Kong, while humanity awaits the fallout. Overall, most fans appreciated the movie, which became the most-watched launch item in the history of HBO Max.

While some may not recognize this character, Cruella is the main villain in “One Hundred and One Dalmatians.” The movie shows how an aspiring fashion designer becomes infatuated with the dalmatian furs. Fans can be excited by the star-studded cast including Emma Stone, Emma Thompson and Mark Strong.

The latest release by Pixar is a coming of age story that follows a duo of boys living in a seaside Italian town. Luca and his best friend Alberto are both normal boys … with a twist! Families can enjoy this lighthearted movie, which has a similar animation style to other Disney classics like “Frozen” and “Finding Nemo.”

When the original Justice League was released in 2017, fans of the comics were disappointed by its uninspiring plot and lame villain. This director’s cut, filmed on the original script, aims to showcase the DC Justice League in all its superhero glory. Get your popcorn and drinks ready because this is one of the longest movies in cinema history, clocking in at a whopping four hours!

The long-awaited sequel to the original “Space Jam” movie, this reboot features NBA superstar LeBron James, who has to win a basketball match with the “Looney Tunes,” an animated group of animals led by Bugs Bunny to save his son and himself from doom in Serververse, a fictional dimension ruled by an AI overlord. While the plot may sound corny, viewers can expect to see an animated comedy filled with jokes, laughter and one great basketball game.

After 10 movies in the :Fast & Furious” franchise, Universal Pictures must have decided using an acronym can help differentiate the newest movie in viewer’s minds in a sea of repeating plots.  Dominic and his group must defeat his younger brother Jakob, a deadly assassin, who is working with a previous antagonist, Cipher. The movie features the same star-studded cast, including Vin Diesel and Michelle Rodriguez, but also introduces John Cena, playing Dominic Toretto’s brother, who intends to enact revenge. Viewers can expect fast-paced car chases, while also featuring a predictable plot structure.

Following the events of “Captain America: Civil War,” Natasha Romanoff (Black Widow), played by Scarlett Johansson, must confront her past and battle an unknown killer. The first movie in Phase 4 of the Marvel Cinematic Universe, viewers hope to find a captivating origin story for a character playing a larger role in the Avengers, following the events of “Avengers: Endgame.”