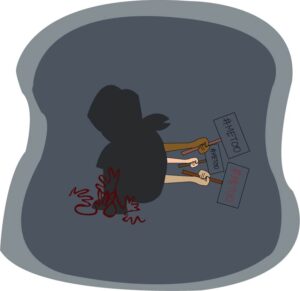 On Aug. 16, the Beijing police arrested Chinese-Canadian pop star Kris Wu on charges of rape, following an investigation that was launched after multiple females on Weibo (a Chinese version of Twitter) accused him of raping and drugging them. His arrest marked an era of women starting to speak up against sexual abuse in China.

The case against Wu began in early June when 19-year-old student Du Meizhu accused him of forcing her to drink until unconscious with him when she was only 17. According to the Chinese media outlet NetEase, Du stated that Wu paid her 500,000 Chinese Yuan (~$77,000 USD) in exchange for keeping quiet on the incident.

At the moment, Wu hasn’t been charged with any crimes, but he has been apprehended by the Beijing police.

Wu, now 30, entered the entertainment industry in 2012 as a member of the K-pop band EXO, which quickly became one of the highest-grossing boy bands both in South Korea and internationally.

When the first allegations against him surfaced,  Wu denied all allegations on a now-deleted Weibo post, writing, “I’ve never raped, seduced, or drugged any female or underage female. I will go to jail myself if I ever do anything of that nature.” He also stated that he would take all legal responsibility and went as far as accusing Du of fabricating the allegation.

Despite Wu’s blanket denial response, Du’s post opened the floodgates. Soon, over 30 girls, two of whom were minors, had posted allegations of sexual assault against Wu.

The allegations quickly went viral and sparked an outpouring of support for the female victims. However, the cases also reignited a debate on whether the #MeToo movement can properly thrive in China’s heavily censored and conservative environment.

In the past, talking about sexual assault was considered taboo in China. For instance, in 2015, a group of women known as the “feminist five” was detained by the government for organizing protests against domestic and sexual abuse by marching Beijing’s streets and public transportation while wearing wedding dresses splattered with fake blood.

Since it took the United States by storm in 2018, the #MeToo movement has also spread to China as younger generations demand precautions for prevention. Though government censors and those against the feminist movement have attempted to shut down feminist posts circulating on Weibo, female activists have still managed to find a way to communicate on the #MeToo movement via emojis such as using the “rice” and “bunny” emojis, which are pronounced  “mi” and “tu,” respectively, in Mandarin (alluding to the pronunciation of “me too”). The current reignition of the #MeToo movement in China has allowed women to speak up about sexual offenses and abuse.

For instance, three years ago, Zhu Jun, a popular news anchor, was sued by a screenwriter who accused him of groping and kissing her without consent. In response, Jun countersued her for defamation and refused to show up to the court trial. Since then, there’s been no official press nor verdict and the victim’s social media account was shut down.

In Wu’s case, however, the attention from the public has skyrocketed to the point where authorities can’t ignore it in fear of backlash, which may have played a significant role.

Since then, fans and fashion endorsements including Louis Vuitton, Lancôme and Porsche have slowly terminated their contracts with Wu. China’s state censors have also scrubbed Wu’s online presence entirely, taking down his Weibo account with 51 million followers and removing his wax figure from the Madame Tussauds Wax Museum.

As of now, there has been little update on Wu’s detainment status as he awaits further police investigation.

Nonetheless, the exposure Wu’s case has brought to China has been so great that even government censorship can’t stop word from spreading. The more awareness brought to cases like these, the more power women and other victims have in getting their justice, even in a tightly controlled communist state.