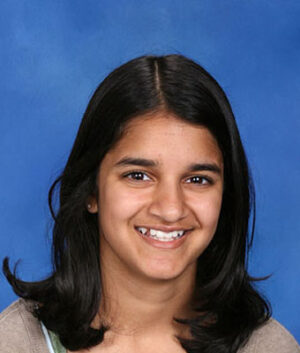 I used to have a fish when I was seven. It was a small, orange little creature always eager to see me–well, at least it didn’t hide from me under the coral when I came to feed it. As a young girl, I used to wonder what it would be like to be a fish in a fish bowl—being stared at all the time, and having to endure people tapping on the glass, wanting you to do something more? I never imagined actually having this experience—but oh, was I wrong!

I like taking risks, if they don’t involve anything too extreme. The only problem is, in the Saratoga environment, chances to go beyond the expected are rare. So when my newspaper staff decided to profile students and Falcon staff members who did something unexpected for a day, I viewed it as my chance to do something exciting and totally “Un-Grishma.”

My friends suggested coming to school in a clown costume, but I decided that in today’s fashion-forward society, those oversized shoes and red nose were definitely a no-no. Some of my classmates suggested bungee jumping. I was in mid-nod when all of a sudden, a flood of bad thoughts poured into my mind. “What if the rope broke?” “What if the rope wasn’t secured properly?” No thanks. Others suggested going to a French restaurant and eating escargot—but I was not willing to eat snails, whatever the reason.

The only option that I liked was dying my hair an unexpected color, and what better color to complement my brown complexion than pure blonde? That’s right — blonde. Performing the experiment, however, was not so easy. There were a few things that needed to be done first.

I was not met by an enthusiastic response when I told my mom that I wanted to dye my hair blonde. She explained to me that dye, even for a day, would be bad for my hair, due to the all the harmful chemicals in the product. But after much deliberation, we finally compromised that I could just wear a blonde wig. After all, it would still have the same effect.

Now the hard part was to go out in public. I was both curious and nervous of the reactions my teachers and peers would have for the experiment.

I finally bought a wig at Party City (bright blond, as promised), put it on and turned to find my mom laughing hysterically at me. But the fun was just getting started, as I had a variety of very serious, very public extracurricular activities planned for the day. I had to teach a Hindi class at 10 a.m., go to a sitar class at 1 p.m., and end the day with Tae Kwon Do class at 3 p.m.

At Hindi class, my fourth and fifth grade students laughed at me for at least five minutes about how ridiculous I looked. Even after they settled down, I noticed that they weren’t really focused on the lesson and kept shooting quick glances at my uncharacteristic hair and texture. Once in a while, I even thought I caught a few muttered words here and there that sounded suspiciously like “Grishma” and “blonde.” At first it was funny, but then it started to get a little annoying. After all, the hair color was one that has often occurred in the natural world, although mostly on girls with slightly lighter complexions. “Oh well,” I thought, “kids will be kids”.

Hardly had I put it out of my mind when I headed off to sitar and then Tae Kwon Do class, where the reactions continued in much the same way. Both my instructors were appalled at what I had done and laughed at my explanation of why I had done it.

You know that fish I was talking about? Well, that was me for a day. I was stared at from the moment I walked out of Party City, like some type of walking natural disaster. I was far more conscious of how people perceived me than I initially thought I would have been. It was something like being an animal at the zoo, receiving frequent—not to mention annoying—gawks from spectators.

And yet, it was fascinating to spend a day under society’s microscope. The interesting reactions I received from both my friends and teachers have provided me with an experience that I will remember for a very long time.