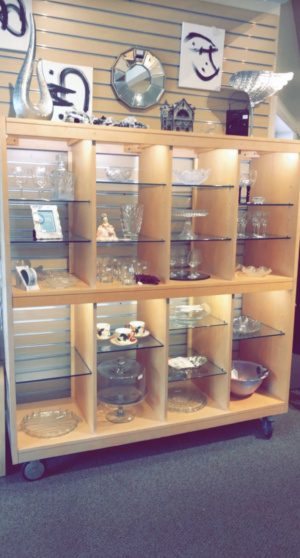 Although many haven’t tried thrifting due to the possible uncleanliness of second-hand clothes, thrifting at the Echo Shop in Saratoga Downtown clear some thoughts about this practice.

I turned over the price tag of the jacket, and the price listed only was $12! I looked at my phone in disbelief, having found a similar jacket on the Michael Kors website for $446.

Over the weekend, I decided to try thrifting for the first time. During the past few months, I haven’t gone shopping. However, unlike TikToker Avani Gregg, who has not worn the same outfit for three years, I have been wearing the same three outfits for the last three months. So I was in dire need of clothes.

I set out to the Echo Shop in downtown Saratoga, curious to see the quality and cost of the items there. When my friends and I arrived at the thrift store, we realized that we had to enter at different times, as the shop only allowed a certain number of people at a time. I decided to go in first.

I made my way to the first of many racks of clothes. This first rack was women’s clothes. To be honest, I didn’t really like the styles. There were lots of skirts, but you’ll never catch me wearing them because they usually don’t have pockets, so it didn’t come as a surprise that I didn't find anything I wanted on that rack.

The skirts rack there was for people who wanted an older and more mature look. However, there were a couple of treasures for high schoolers like plaid skirts that looked like they came straight out of Cher’s closet in “Clueless.”

My next adventure was at the jacket rack, which I absolutely fell in love with. There were so many jackets I wanted to buy including windbreakers, sweaters, sports jackets, and cardigans, and I spent most of my time trying to figure out which one I wanted most.

I realized that a lot of the jackets in the store were from famous brands, but instead of boasting the hefty price tags typical of designer brand jackets, these jackets were pretty cheap, ranging from $12 to $20.

When I finally decided on a $15 windbreaker, I realized that I only had $10. Irritated, I went over to the jewelry section, where after staring through the glass screen for a solid 10 minutes and receiving some weird looks from people, I decided to buy a $5 necklace with a silver owl charm and a simple chain that I now wear all the time.

My experience at the thrift store was pretty fun and eye-opening. I had not shopped in this this way out of fears that now seem silly including that the garments would be dirty or of poor quality. However, when I went to the Echo Shop to try thrifting for the first time, these myths were busted; everything was clean and in good condition. If I get low prices and good quality for buying used clothes, I would gladly do so any day of the week. I also learned recently that, in addition to saving money, shifting to thrift stores can save the environment too.

According to Vox Magazine, the average American buys 82 lbs of textiles and wastes over 70 lbs of it a year. These numbers could be greatly reduced if Amercians stopped buying high-priced new fashion and instead bought more used clothes.

Who knows? Maybe you’ll end up walking away with movie-star clothing on a high-schooler’s budget.