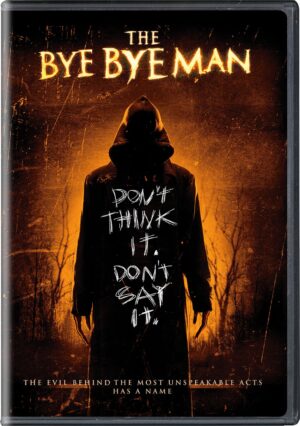 As the coin slowly rolled across the floor, behind my wall and under my bed, I pulled the blanket tighter around my body, desperately trying not to overthink.

A second coin hit the floor.

That sound shattered my hopes: It’s the Bye Bye Man, I thought.

The Bye Bye Man is a character from the 2017 movie “Bye Bye Man.” Starring Douglas Smith, Lucien Laviscount, and Cressinda Bonas as a trio of protagonists, this film suffered from heavy criticism. The main complaints were that it seemed like a series of randomly strung together ideas and its cinematography was “lifeless.” This led to an abysmal rating of 19% of Rotten Tomatoes as critics dubbed it a film to watch for those who sought “so bad it was good” films.

Although poorly made, it was more than terrifying enough to me, who snuck glances at the movie in untimely intervals. As the first horror movie I had ever watched, each jump scare and tension filled scene was amplified ten-fold. My imagination during the times I hid my face away did not help either.

The Bye Bye Man was a monster who hunted using logic defying means — thinking of his name brings him near you and speaking it out loud alerts him of your location. Once a victim speaks his name out loud, they are tormented by the sound of a rolling coin until their dramatic demise. This absolutely terrified me at age 13: I forced myself to clear my mind like a monk in training, and bury myself under my covers for comfort.

The nightmare started when I watched the film at my friend’s sleepover in 8th grade. Huddled together, we snuck peeks at the TV in the living room and went through a series of back and forth arguments of whether to stop or continue the movie — we were hooked to the plot but scared out of our minds. I averted my eyes from the screen for at least half of the movie, yet the ominous soundtrack and screams were more than enough to engrave the gruesome scene in my mind permanently.

Although the Bye Bye Man did not have a clear image in my mind, as I had shut my eyes tightly every time he appeared in the movie, his lurking shadow still haunted me.

Every sound of a rolling coin caused my stomach to clench in fear, and my eyebrows to shoot up as I tried to discern my surroundings.

After weeks of going to sleep with music pumping into my ears to drown out the eerie silence, the Bye Bye Man eventually left me alone. From sticking my foot outside my blanket to sleeping without facing the wall, I took slow steps in overcoming my fear. In short, saying goodbye to the Bye Bye Man was a huge relief, one that I still think about occasionally today.