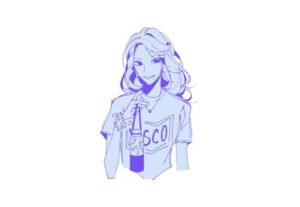 Permalink
Yeah … we were pretty weird.

From VSCO girls to dabbing, you probably still have a rich abundance of elementary and middle school trends burned into your memory. Some of them were actually fun, while others probably make you cringe at the mere thought of them.

Let’s start off with a popular one: VSCO girls. With their messy buns, oversized T-shirts, Birkenstocks, puka shell necklaces and scrunchies, they established a whole new look for 2019. And don’t forget the excessively trendy “need” to save the turtles. Seriously, where did the turtles even come from?

Whenever you saw them, they were always drinking from colorful sticker-covered Hydro Flasks or making the infamous “sksksk” sound.

Yes, they were slightly annoying to be around, but most of them weren’t actually bad people. Can you blame them? They were just following a trend.

Remember your middle school dances? Dancing in a dark gym for two hours with music so loud your eardrums were ringing after? Or eating stale pizza and watching people do the “floss” or the “hype?” Yeah, no. I’d rather not experience that again, so enough of that.

Even though that was a traumatic experience, there are still some trends that weren’t embarrassing, but actually fun. Let’s now time travel a bit further into the past.

What kind of bag did you bring to elementary school?

If you weren’t zipping around on a Zuca through the halls, you weren’t cool at all. Were they better than normal backpacks? Well, they did have more space than a normal bag, and there were tons of cool colors and patterns to choose from. Were they shaped like a box and did they have their own section in the back of the classroom? Definitely.

Miscellaneous trends people did during class

Ever heard of the water bottle flip? You flip a plastic water bottle and try to land it right side up. A lot of people would brag about how they were super good at it and always tried to show off. No, there’s no trick to flipping a bottle. It’s all about luck and gravity; you’re not special.

Also, you can’t forget the fidget spinner era. They came in all different colors and didn’t break when you dropped them, but were they really stress relievers? No, they weren’t. Nothing about them even remotely relieved stress. It just made your fingers tired, and I don’t know about you, but spinning something during the middle of a test would not relieve any stress for me.

What other weird things did people play with during class? Slime. So. Much. Slime. You could make it in any color and add glitter or beads into it. Some people actually made their slime scented (though the scent went away after a measly three days). But imagine playing with someone else’s slime that so many other people have touched. All the germs and dirt are just trapped in the slime. Ew. That’s just nasty.

These were just some of the many elementary and middle school trends you try to either treasure or forget. Hopefully, we can leave these old trends in the past and start better ones throughout our high school years to come.