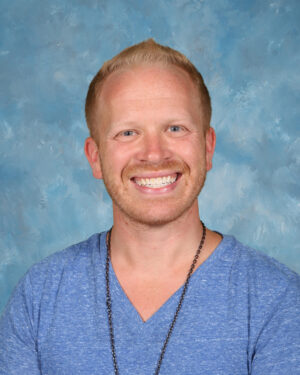 Choir director Andrew Ford arrested for alleged conduct that took place between 2004 and 2006.

Choir director Andrew Ford was arrested on May 15 and charged with sexually assaulting a minor between 2004 and 2006, according to a published report in the East Bay Times.

The district is currently investigating whether any inappropriate behavior occurred during Ford’s time at Saratoga High. Ford has been placed on a leave of absence by the district since mid-April and is currently being held at Elmwood men’s jail in Milpitas, where he is being held on $250,000 bail, the East Bay Times reported.

Before Ford left, he told his students he had to attend to a family emergency and would return as soon as possible, said junior Francesca Fernandes, who is in choir. In the interim, band director Jason Shiuan has taken over the class and helped organize a virtual choir piece, for which a video editor strung together individual recordings from each choir member.

Ford has worked as the choral director since 2014, and also helps lead the school’s orchestras and band.

Ford’s students reacted largely with a sense of disbelief at the allegations.

Senior Ritika Kuppam, who is in choir, said she was shocked.

“I've known Mr. Ford since I was in sixth grade as he would sub for my choir teacher when she couldn't make it,” Kuppam said. “I remember loving his charisma and passion for music, and that's continued through high school as I've worked with him on musicals. It's really hard for me to connect these allegations with Mr. Ford as a person because it's all so surreal.”

Many students recalled Ford as someone they could rely on for guidance in their academic and personal lives. Fernandes remembers Ford from choir, school musicals and CMEA trips and said that Ford helped her prepare for singing competitions.

“He really does care about each and every one of his students,” Fernandes said. “He’s always there to talk or to help you if you need anything.”

Junior Isaac Sun, one of the drum majors for marching band, described Ford as “the person students would always go to when they feel down or sad.”

Sun said he worked with Ford this past marching band season and became close to him as Ford helped Sun improve his drum major skills.

“I just feel a bit overwhelmed,” Sun said. “I’m guessing most people in the music department are taking it the same way I am.”

Ford majored in music education at San Jose State University and periodically works as a vocal director for Children’s Musical Theater in San Jose. He began as a choir and orchestra teacher at Saratoga High after being recommended to music director Michael Boitz through a mutual connection.

Ford has no criminal history, and these allegations are  unrelated to any person at SHS.

The investigation began in December. He turned himself in to the San Jose police on May 14 when he learned the agency had issued an arrest warrant for him.