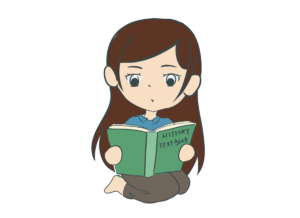 When junior Noora Fayad, who is Muslim, heard one of her friends call Islam “the only religion with a terrorist group” in a Zoom breakout room in December, she was heartbroken.

“I grew up with people making fun of Islamic terms like ‘Allahu Akbar,’ which means God is great,” Fayad said. “They would say it before making a basketball shot, not with the intention of saying ‘God is Great,’ but rather to make fun of the phrase because they hear ISIS say it on the news before an attack.”

She is one of many students who say that books they read in history and English classes sometimes don’t fully reflect the lived experiences of their immigrant parents and relatives.

Fayad’s mother was born in Lebanon to parents who founded a school for underprivileged kids, including refugees from Syria and Palestine. Fayad’s mother endured a sporadic education because she had to move around frequently, in large part due to conflicts such as the 1982 Lebanon War. Fayad’s father, on the other hand, grew up in a Palestinian refugee camp in Lebanon, often lacking basic food or water requirements. He ended up going to Russia for medical school.

Eventually, both of her parents moved to the U.S. in hopes of a better life: Fayad’s dad transferred to UC Davis and her mom went to dental school.

Prior to COVID-19, Fayad traveled to Lebanon on a yearly basis unless there was an imminent danger of war, where she learned much of her family’s history.

“Going to Lebanon, I witnessed the physical effects of the war, in the sense that I saw broken buildings with bullet holes in them or relatives with scars,” Fayad said. “It’s predominantly how I learned it. It was traumatizing, but not to the extent of the trauma that my parents and aunts and uncles had gone through.”

On top of family trips, Fayad also learned about her heritage while listening to the news with her parents; they would discuss their opinions on certain foreign policies by referencing the experiences of her immediate or distant relatives.

For Fayad, research and tidbits of information garnered from her grandparents also played a role in understanding her heritage. Yet when she read her history textbook’s coverage of conflicts in the Middle East — specifically, Palestine — she felt unsatisfied.

“What I see from my textbooks was the Western Hemisphere’s perception of the Middle East,” Fayad said. “I’m not saying you cannot talk about that, but I don’t see the other side of the story. I don’t see history through the lens of my people — what they were and are still going through.”

Missing were complete portrayals of the poverty and harsh conditions in parts of the Middle East as well as consequences of U.S. military support of countries like Israel.

“I didn’t see those hardships, but it was what I wanted to see,” Fayad said. “I wanted to see kids like me getting the full picture so we can critically analyze what was truly going on during that time.”

“I see myself as the bad guy in movies that try to portray [people like] me as a terrorist,” Fayad said. “I’m a Palestinian, Lebanese and Muslim girl; I’m a normal girl, but I keep seeing myself mirrored in this horrible light. Being Middle Eastern, Arab and Muslim, it’s kind of a triple whammy.”

Fayad isn’t alone. In a study by the Institute for Social Policy and Understanding, 42 percent of Muslim children reported being bullied in school, compared to 19 percent of all children nationwide.

After hearing the remark in the breakout room about Islam being the only terrorist religion, Fayad sought to help her friend understand that Islam itself means peace and that the religion is about tranquility and the belief in God. Extremists, she said, neither represent nor encompass those values. Still, Fayad wishes that whether it is religion or history, people would take the time to look at the facts from every perspective.

“Now, just compensate by filling the other side of the story. Allow students to look at primary sources detailing what natives went through,” Fayad said. “Don’t have the textbook elude me to draw a certain conclusion. Give me the facts and allow me to analyze them myself.”

Discovering a new perspective in the U.S.

After sophomore Jennifer Xiao learned about the Korean and Sino-Japanese wars in World History from the American point of view, she was intrigued.

Xiao, who moved to the U.S. in 2019 during her freshman year, grew up in mainland China. Her world history class, taught by Jerry Sheehy, was the first time she saw history from the American point of view in a lot more depth.

Xiao recalled that one of the only mentions of Asian countries during World War II in the class textbook — “California World History: The Modern World” by Elisabeth Gaynor Ellis and Anthony Esler — was how Western countries assisted China in the Sino-Japanese War after triumphing over Germany. There were some parts she saw missing in that retelling.

“One factor we as a Chinese people cared a lot about during World War II was how as a nation, we defended our territory despite the fact that we weren’t very industrialized and didn’t have a good military,” Xiao said, referring to China’s defense during battles such as the invasion of Manchuria. “It was important because the event influenced our territory, our national anthem and our pride as a whole nation.”

Having traveled all across China in her youth, Xiao noted that there was a common sense of understanding between the Chinese people about topics like nationalism during World War II that people in Western countries have harder times understanding. Reading about the topic in the U.S., she saw the book omitting such details about events like the Second Sino-Japanese war.

According to the BBC, events from the Second Sino-Japanese war, such as the invasion of Manchuria and the Nanjing Massacre spurred deep anti-Japanese resentment from South Korea and China for many years since the war, all of which are briefly mentioned in the U.S. textbook.

“I think the perspective’s just a little different in the U.S.,” Xiao said. “Having grown up in Northeastern China geographically speaking, I’ve had a strong impression of what went on in China during World War II [regarding invasions in the Northeast]. I can still see the leftover buildings and railroads from that era nowadays.”

Despite the current tensions between the U.S. and China, Xiao believes there are ways the history curriculum can be improved. One idea she had was to have teachers research history topics using media outlets from foreign countries that normally aren’t given a platform in America. Another was to play documentaries from other countries that contrast with Western media.

“Hopefully [these ideas] can make history more objective, since it’s hearing voices from two different sides,” Xiao said. “I think the key to history education is breaking stereotypical opinions, which would improve the learning experience for students.”

Although sophomore Petr Tupitsyn finds that AP European History and World History class’s Socratic Seminars take more effort to prepare than other activities, he appreciates the school’s efforts to bring in multiple perspectives on events. He recalled a project about Russian monarch Catherine the Great that required him to decide whether she was ultimately a good person or bad person. “Those conversations are very helpful because they break the ‘it’s all good’ or ‘it’s all bad’ mindset,” Tupitsyn said.

At the age of 6, Tupitsyn emigrated from Russia after his dad found a job here. Because the world history textbook largely focuses on Europe as a whole, he said the book covers Russia relatively well in comparison to other lesser-referenced countries and cultures in Asia and South America. In general, he finds that the textbook does its job by correctly stating facts.

By contrast, Tupitsyn has seen Americans’ views of Russia to be slightly off the mark. One thing he noticed was that some people assume everyone in Russia is a communist, while others think everyone there must be anti-communist.

In reality, he said, both are “kind of true.”

“One thing that’s just interesting is a lot of people in Russia recognize that the Soviet Union was better because they like the idea of a ‘big united thing,’ but at the same time, they don’t want to go back because they don’t like the idea of communism,” Tupitsyn said. “It’s a touchy topic there, but it’s a perspective that’s not all black and white.” Nevertheless, he credits his teachers for being “pretty fair” toward communism, specifically observing that they covered communism just as in depth as other ideologies like liberalism and romanticism.

While Tupitsyn said the textbook describes the faults of Russian leaders well, he said it lacks in the description of their accomplishments, particularly when it comes to bringing the country out of poverty.

Tupitsyn agreed that most Russian leaders like the Romanovs were power-hungry and owned serfs, but said they did their fair share of developing Russia, a relatively third-world country throughout much of history, into a comparable power to Britain and France. He also pointed out that despite serfdom being emphasized as such a negative attribute of Russian history, Russia released enslaved people four years earlier than the U.S.

“I remember when we were going over the Romanov family and the textbook was like ‘Oh yeah, the Romanovs. They were so power hungry and everyone was dying,’” Tupitsyn said. “It’s certainly not inaccurate but sometimes I do feel it’s a bit negative and the demonization [of certain leaders or ideologies] surprises me a little.”

He acknowledges the difficulties historians face.

“Obviously, no one that was around in the 1700s is still here today, but in history we’re taught that a primary source is better than a secondary source,” Tupitsyn said. “I think those who write history textbooks should take that into account as well.”