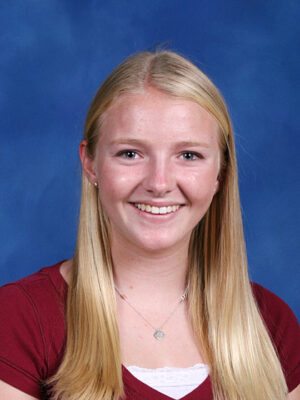 My mother tells countless childhood stories of how I would run to her, crying because Alison could hula-hoop longer than me or could ride a bike with no training wheels when I couldn’t or could craftily find all of the Easter eggs before I even had the chance to get one. All I longed for was to beat my sister at something, anything that would prove I was better than she was in some aspect. Instead, I had to face years of always coming in second.

Things changed when Alison turned 8 and decided to join the local summer swim team. My mother assumed that I would want to swim as well, since up to that point I had been obsessed with following directly in my sister’s footsteps.
At that moment, I recalled swimming with Alison and how she would always emerge victorious in our races to the far side of the pool. I knew that I would never be able to be beat her at swimming, so right then I decided to participate in something that I knew I could win. I boldly told my mom that I did not want to swim like my sister and instead wanted to pursue something else. Within weeks, I was enrolled on a soccer team.

I know it sounds crazy to try another sport just to be able to beat my sister at something, but our sibling rivalry diminished greatly from that point on. Sure, we still stayed competitive with each other, but I no longer felt as if I was in her shadow. We were never again able to compare our athletic abilities. When she came home with a first place swim medal, I would match it with a soccer trophy.

By the time we were both in high school, we were highly competitive in our select sports—her playing water polo and swimming and me playing field hockey and soccer. It’s strange to think that our family could be so athletically diverse, given that so many families who breed track stars and tennis champions tend to streamline all of their kids into the same sport.

But our parents have always been supportive in letting us choose what interests us the most. People constantly ask me why I don’t play water polo like my all-star sister, and I have to calmly explain my lack of swimming and throwing ability to someone confused about how talent like that could skip over a sibling.

Actually, I’m relieved that I don’t have to be compared to Alison in athletics. By deciding to traverse a different path, I have not only distinguished myself from my sister, but have also escaped having to be constantly measured up to her.
Don’t get me wrong, a little sibling competition is healthy—it pushes us to do our best.

But it’s also important to pursue your own interests, not just those of your sibling. Fortunately, I’m at the point where I no longer feel compelled to match my sister in every aspect of life—she has her sports and I have mine. The only argument left is who would win in a triathlon, but I guess we’ll just have to have a bike race to find out.