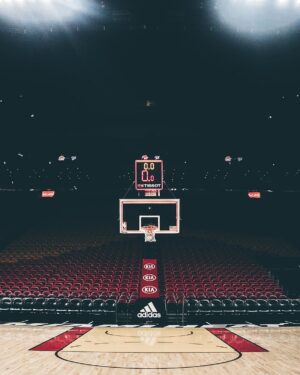 Many leagues are finding different ways to entertain fans during the pandemic.

The Los Angeles Lakers, steamrolling their competition in the National Basketball League, had a record of 49-14 this season and were well positioned to be first in the Western Conference and make a deep run in the playoffs and perhaps win their first championship since 2010.

As we all know now, the NBA season came to a sudden halt on March 11 after Utah Jazz center Rudy Gobert tested positive for COVID-19. The NBA suspended their season the next day, leaving fans across the nation distraught. All other major sports leagues quickly suspended their seasons as well.

Junior Anirudh Balepur, an avid fan of the Lakers, was especially disappointed with the promising season being put on hold.

Balepur hopes that the league can return in June or July and have the quarterfinals and semifinals be best of five matches in order to avoid declining ratings because of the start of the National Football League season in the fall.

Balepur is not the only one who believes that the season isn’t over. The NBA team owners seem to have come to a consensus that the “season would be saved,” The Athletic’s Sam Amick reported.

The league is still taking precautions despite the optimism. According to ESPN, many NBA teams are asking for the league to delay the NBA draft, scheduled on June 25, to Aug. 1 at the earliest.

California governor Gavin Newsom released an official statement on April 4 saying that he does not anticipate opening the state’s stadiums and arenas to the public, although he may allow major sports leagues to hold games and broadcast them on TV and radio.

On April 16, President Trump echoed this sentiment in his daily COVID-19 briefing, saying “Many [sports games] are going to be starting without the fans, so it’ll be made for television.”

Given the uncertainty surrounding the pandemic, sports leagues have announced an indefinite postponement of their respective season and will take cues from public health officials and leaders.

Junior Cameron King, a fan of the Golden State Warriors, was disappointed by the sudden suspension of the NBA season, as star point-guard Stephen Curry returned from a 4-month stint on injured reserve to play only a single game before the league shutdown.

“Curry just came back, so the team could’ve made a small run at the end of the season even though we've already been kicked out of playoff contention,” King said. “It's just fun in general to watch the Warriors.”

Looking ahead, King is optimistic about the draft, as the Warriors are poised to have a high first-round draft pick due to them being last in the Western Conference at the time of the season’s suspension.

Major League Baseball has also been impacted by the coronavirus outbreak, delaying their opening day, which was originally scheduled to be on March 26. On March 12, the MLB announced a delay of at least two weeks, and eventually extended the delay to last until the middle of May at the earliest under the Centers for Disease Control and Prevention’s (CDC) recommendation for social gatherings.

During this time off, the MLB is still trying to keep fans entertained.

There is currently a tournament for baseball video game MLB The Show 20, in which each of the 30 teams has a representative to compete against the other players. Games were streamed on the players’ or teams’ Twitch channels, and the tournament is raising money for the Boys & Girls Club, a nonprofit organization that provides after-school care for children.

“Although it is tough that the season hasn’t started yet, it’s great of these organizations to try and bring as much content to viewers as possible through things like this tournament,” said junior Philbert Fan, a baseball fan.

The NFL is also a league that may see lingering effects of the outbreak during the start of its season on Sept. 10.

The league usually releases the schedule for the upcoming season in April, but this year, they will wait until May 9.

They still continued with their annual draft from April 23-25, though instead of hosting it in Las Vegas, their originally planned location, they carried out the draft virtually. Wearing his best casual sweater, NFL Commissioner Roger Goodell announced the draft picks from his basement.

Although disappointed that they will not be able to see their teams play, fans like Balepur support the suspensions and delays of the various sports leagues’ seasons.

“I'm sad that the NBA season is shut down,” Balepur said, “but ultimately I felt the sports leagues did what they needed to do to keep the cases as low as possible.”