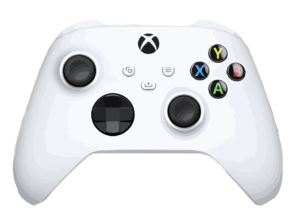 For most athletes, turning on the TV, jumping onto the couch and waiting excitedly for the intro screen for NBA 2k, Madden or FIFA to load has been an integral part of their growing up.

Video games centering around sports give players an  unique experience in the gaming industry: They allow players to take control of real-life athletes and play virtual games with them. This addicting activity can be enjoyed individually, or with friends.

It’s clear that these types of video games are beloved: The NBA 2K series is worth $1.1 billion, the NFL Madden series $4 billion and FIFA $2 billion. With EA Sports owning both Madden and FIFA, it’s no exaggeration to call EA the prevailing giant of the sports video game industry, with 2K Sports, the owner of the 2K franchise, considered the only real rival.

Much of the allure from playing sports video games comes  from the thrill of manipulating on-screen athletes. Throwing down windmill dunks as Michael Jordan or launching 60-yard passes as Tom Brady is a blast, and keeps sports fans coming back for more.

While the games may be digital, they also give players a better understanding of the game; for instance, practicing hat tricks on FIFA can improve a soccer player’s creativity on the field. For this reason, many athletes seek out their sport’s serialized, online version to experience their sports in a different manner.

Another appealing aspect of sports video games is how they allow the consumer to control athletes they’ve only ever seen play from afar or on TV screens. Playing as superstars such as Stephen Curry gives the consumer a glimpse into the life of one of the most skillful basketball players on the planet. Having control of a larger than life public figure in your fingertips is a powerful feeling, which fuels the consumer’s desire to continue playing.

In addition, many of these sports games can connect you with friends to play either together, or against one another. This encourages friendly competition, and turns these games into a go-to hangout activity.

While sitting on a couch and playing video games may seem detrimental to productivity at first, enjoying a game of 2K or Madden reveals its benefits. A student simply cannot spend all their time working out or studying. Taking breaks is a healthy part of life, and for athletes, the best video game to play is one that furthers their knowledge in the sport they play.

In addition, sports video games have been hypothesized to increase a person’s interest in the sport itself. According to a survey done by CUNY Kingsborough Community College and United States Sports Academy, community college students felt more inclined to participate in their sport after playing a video game that focuses on it.

Sports games provide the opportunity to experience the life of a professional athlete. With engaging gameplay and endless possibilities, sports video games are the perfect way to kick back and relax with friends.