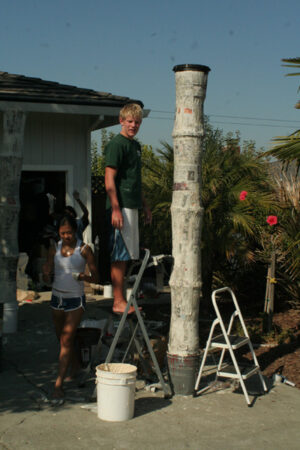 Last year, the sophomores lost to the freshmen in Homecoming, putting the class of 2010 in last place. The current sophomores, however, believe the same thing won’t happen to them, especially with the city of Rome as their theme.

“I think [Rome] is amazing. There’s definitely a lot we can do with it,” said class treasurer Nina Mohanty.

“This year’s going to be a lot better [than freshman year] because we know what we’re doing,” said sophomore vice president David Mandell. “We have the money and resources, and actually know how [Homecoming] works so we can do a lot better job.”

The sophomores see Rome as a terrific city for the quad decorations.

“I think compared to Tokyo, Cairo and, obviously, Atlanta, we have the best theme to decorate,” said Mohanty.

The sophomores plan on building pillars and Roman monuments such as the Coliseum, said class president Aditya Dev. They cannot reveal all their decoration plans, though. According to Mohanty, they’re “keeping it a surprise.”

Not only will their decorations be more elaborate this year, the sophomores’ quad day will be better choreographed.

“[Quad day] will be longer than the lame seven-minute show we gave last year,” said dance organizer Grace Kim. “There are more people participating and the dances will be fun. Hopefully, it will be entertaining.”

It was an easy choice for the sophomores to choose Rome over Atlanta as their theme. With the help of a better theme and more experience, they do not think beating the class of 2012 will be a challenge.

“I’ve been talking to some of [the freshmen], and I don’t think they have a clue what they’re doing,” said Mandell. “It sounds like we’re pretty good. We’ve got an idea of what we want to do and I think we can beat them. I don’t think it will be too hard.”