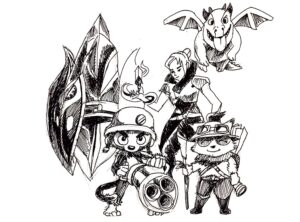 By continuously procrastinating on my homework assignments, I was able to try out the different games The Falcon staff has reviewed recently.