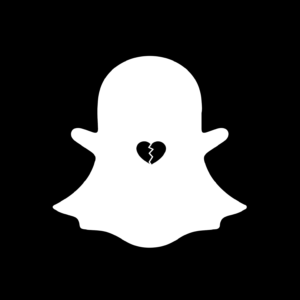 In my second week of freshman year, I got Snapchat.

Until then, I had no social media: no Snapchat, Instagram, Facebook, VSCO, nada. Yup, if you wanted to talk to me, you had to track down my number.

So, when I got Snapchat, it’s no surprise that I was obsessed with it — I took filtered photos all the time and binge-watched the second season of the Snap original show “Solve.”

In the intervening months, though, I’ve come to realize I have been in a toxic relationship with it, constantly redownloading then deleting it.

When I got Snapchat, my potential for addiction to it was not obvious. Sure, I would pick up my phone every now and then to explore the cool filters and games the app offered, but my small number of friends didn’t Snap or post a lot. But as the number of people I friended increased, the more Snaps I got.

My daily screen time slowly, yet steadily, increased from 30 minutes to almost three hours. Due to Snapchat’s well-curated For You Page, I had become addicted to the app, watching all types of short videos, from celebrity drama to how-to recipes.

To solve this problem, I deleted Snapchat. And it worked— for 72 whole hours. But my curiosity overwhelmed me, so I reinstalled Snapchat and reignited my on and off relationship with it.

But a couple months ago, when sophomore year started, I had an epiphany. The longer I was on the app, the more addicted I got. After comparing my 18,317 Snapscore to my younger brother’s  1,299 despite having it for only a couple months more than he did, I decided to do something about my out-of-control relationship with the app. So I broke up with Snapchat, for real this time.

Despite the temptations to re-download it, I told myself that not everyone has Snapchat, and that I really don’t need to watch “Keeping Up With The Kardashians Katch Up” in order to relax.

Separating myself from social media also helped me focus more. Usually, social media contains short videos that are designed to hold your attention, but also take up valuable time. By getting rid of Snapchat, I was able to focus on activities for a longer period of time without wanting to check my phone for a short-Snapchat-video-turned-1-hour-long-distraction.

I have more time to do other things now, like crashing into trees when I roller skate or accidentally baking brownies with salt instead of sugar because quite frankly, they look exactly the same. So it's really not my fault that I spend my free time  baking salty brownies, Mom. Blame my breakup with Snapchat instead.