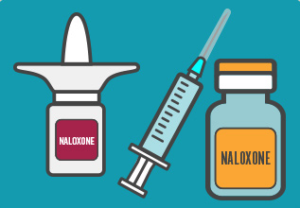 In the past few years, the opioid crisis in the U.S. has gone from bad to worse, resulting in thousands of deaths, tearing apart families and hurting the economy. This uniquely American problem stems from prescription rates being 40 percent higher than in developing countries. The drugs have caused more deaths annually than car crashes or guns, and left hundreds of children orphaned.

To take precautionary measures, county health officials in Kentucky and Tennessee, both of which land on the top 10 list for drug overdose deaths by state, are going as far as teaching first-graders how to reverse a drug overdose.

School districts are teaching children about how to administer CPR, deliver an EpiPen injection and perform the Heimlich maneuver. Sadly, opioid reversal needs to be seen as just another emergency response technique that should be taught in classrooms out of tragic necessity.

Of course, such a drastic and radical decision has caused backlash because of the inherent taboo of the open discussion of drugs and their consequences. School districts have faced accusations such as robbing children of their childhoods and forcing children to pay for the harmful actions of their parents.

However, the fact that American society has come to the point where elementary school children are being asked to administer naloxone, a drug that blocks the effects of opioids, truly reveals the gravity of the country’s drug addiction crisis and how desperately it needs to take every possible measure to stop it.

When thinking about administering medicine, most people envision needles and injections. However, when it comes to children, officials teach them how to use naloxone in the form of a nasal spray called Narcan, thus eliminating potential dangers of wrongful injection and injury due to sharp needles. It would be just as safe as using a sinus spray.

The youth have already been trained to take action, and in a country where nearly 400,000 people have died due to drug overdose, showing children how to administer naloxone enlightens them to the dangerous reality of drug addiction and abuse, something they themselves can so easily be victimized by later on in their lives.

The reality of the situation here is that thousands of children are guaranteed to face the disastrous effects of America’s opioid crisis at some point in their lifetime. This leaves us with the question: Would we as a society rather have the child be forever traumatized as they find their brother, sister, mom or dad unconscious and not breathing, rendered to scream helplessly, or would we rather them take action, and in the process better the lives of themselves and others?