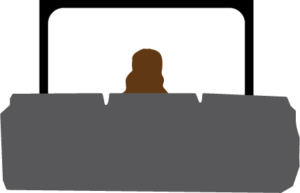 While most people assume that shows streamed on children’s channels are appropriate for minors, many current shows touch on subjects like suicide, eating disorders and mental illness. When these topics are joked about, it can negatively influence the future behavior of children and cause them to view these subjects as trivial.

One of the most beloved children’s animations, “SpongeBob SquarePants,” has been on-air for almost 20 years. Although most episodes are about Spongebob’s zany adventures in Bikini Bottom, some allude to mental illness and self-harm.

The episode “Are You Happy Now” follows Squidward Q. Tentacles, a giant octopus living next to Spongebob, as he becomes increasingly unhappy. Squidward is seen pulling on a rope, as if he is attempting to hang himself. Instead, he pulls down a birdcage. While most children might not realize what the scene is implying, the show implies that suicide is a common solution to unhappiness and downplays its severity.

Besides “SpongeBob SquarePants,” other shows like “Adventure Time” on Cartoon Network touch on vulgar societal phenomena. In the episode “Freak City,” Finn, the main character, is turned into a giant foot and Jake, his dog sidekick, is a huge fan of the new look. In fact, Jake says, “You’ll understand when you’re older,” which hints at his foot fetish.

Most viewers of these shows are ages 2-17. Although the audience might laugh at the jokes, younger viewers typically don’t fully understand what they mean. So why are these topics included in the first place?

While these jokes attract an older audience or can keep them entertained, adults can also be entertained with references to pop culture, plays on words or engaging plots. The media children consume greatly influence their taste in humor and day-to-day vocabulary. Most parents typically disapprove of shows with excessive dark or inappropriate humor, but recently, it’s become harder to find children shows that don’t include adult topics.

A study by the National Center for Biotechnology found that jokes about mental illness increase the stigma against people affected by them: Depression is viewed as just sadness, anxiety is just nervousness and bipolar depression is merely mood swings. These references are even more detrimental to younger audiences, as they lack the previous knowledge about these issues to identify when jokes are satirical.

This is demonstrated in Disney’s use of eating disorders as a punchline in preteen shows. In an episode of the sitcom “Shake It Up,” a supermodel jokes to the main characters that she could just “eat you up, well, if [she] ate.”

It was irresponsible for Disney to promote the idea that an eating disorder is associated with beauty. Many people thought the joke was harmful, including artist Demi Levato, who has struggled with eating disorders throughout her career. The backlash it received prompted Disney to pull the episode from streaming platforms.

Children’s TV shows are meant to promote values like honesty, kindness and perseverance, not suicide and eating disorders.

Even if jokes with more adult subject matter entertain older audiences, it is more important to ensure that the media kids are watching is age-appropriate. When creating content for children, their wellbeing and education should be the top priority, and it starts with keeping inappropriate content out of these shows.