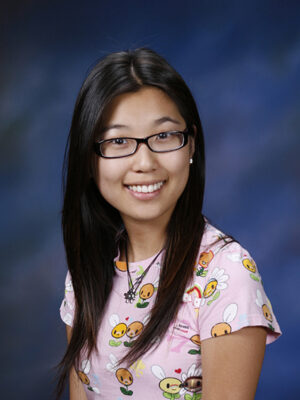 When senior Yeun Byun started working with a community service foundation called the Digital Clubhouse Network at the beginning of her high school career, her intention was to gain new experiences that would continue to inspire her dream of becoming a politician. Little did she know that through the program she would realize her true passion was not for politics, but for film.

Byun found the perfect opportunity to foster her hobby when she heard about the Han-Schneider Foundation, which provides health-care and basic necessities to struggling orphanages in North Korea. The foundation was looking for people to get footage from the North Korean orphanages to prove that their assistance was being used effectively.

“I was pretty excited but nervous about this project,” said Byun. “I really wanted to do it because it’s an important issue, so I jumped at the chance.”

Byun took a week off of school in October to fly to South Korea to work on the film. She was not able to physically go to North Korea and visit the orphanages due to safety issues so she had to use pictures and footage given to her by people such as doctors and escapees who had traveled north.

However, Byun might have never had this opportunity if she hadn’t joined the Digital Clubhouse Network. After joining, she quickly began to enjoy meeting politicians and other people with interesting stories to tell. She received the opportunity to interview all kinds of people with different problems, such as war veterans and victims of terminal illnesses. With her work, she then created short documentaries for them as a part of their healing processes. The students involved in the foundation were also allowed the opportunity to showcase their work to city council members and other public forums to raise awareness about issues.

“I really enjoyed meeting so many new and inspiring people,” said Byun. “Even though my original intent was to gain a little insight into the world of politics, I started to realize that what I really had fun with was the storytelling process.”

After making about 11 films with the network, Byun decided that she needed to move on to something that could further stimulate her creative senses. She decided that for her junior and senior years of high school, she wanted to start a project on her own, which was when her recent project in Korea came into play.

“By the end of my stay with [the Digital Clubhouse Network], I knew that I wanted to major in film and that I aspired to be a documentary filmmaker,” said Byun. “But I was just ready for something new.”

Now that she has returned from her trip, Byun is working diligently on editing the footage she captured to create a ten-minute long documentary.
“It’s definitely been a lot of work, so I hope this film turns out well,” said Byun.

Byun is confident that she’ll eventually realize her dream of becoming a documentary filmmaker. Her innate interest in politics is a huge part of this aspiration because she hopes to address global political issues in the work that she does in the future.

“In the end, just like everyone else, I want to spark change in the world,” said Byun. “Everyone has their own way of trying to make a difference, and filmmaking is mine.”