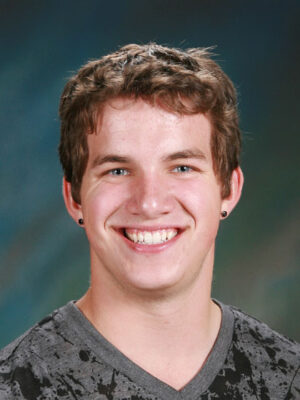 During announcements in fifth period last Month, students heard about the plight of a Los Gatos High sophomore named Shea Shaw. They learned that on Jan. 13 Shaw had been run over by a hit-and-run driver while crossing a street and that her parents lacked health insurance and needed financial help.

The result: $2,500 collected in a single day from students who put small amounts into envelopes. The person behind this effort was senior Brandon Pierce, who has made his mark on campus through his various extra curricular activities.

Though busy with planning for the rally commission, singing for the school choir, organizing the Benefit fashion show, playing on the volleyball team and being the co-president of Faithwalk, Pierce found some spare time to chat with assistant principal Karen Hyde about the accident.

“To be honest I don’t really know what motivated me to do this,” Pierce said. “I heard about the accident from [senior Pia Mishra] since she volunteers at Good Samaritan Hospital with some Los Gatos students so I brought it up to Ms. Hyde.”

Since Pierce knew the Shaw family was in a terrible situation, he thought the best way to help was to start a fundraiser. Although the idea was simple, its efforts immensely helped the Shaw family.

“It has been mind-blowing how successful the fundraiser has been,” Pierce said. “I was hoping we could make a couple hundred dollars. I prayed we’d make maybe $1,000.”

Because of the combined efforts of the Saratoga Los Gatos community, Shaw’s family has been donated a substantial amount of money. Through the community’s generous gesture added onto money they’ve scrapped up themselves, the hope is that Shaw will be able to pull through. However, it is unclear what the extent of her brain damage will be.

“It feels amazing that our school has come together for someone we’ve never met before,” Pierce said. “She’s a part of our community and we should be supportive.”