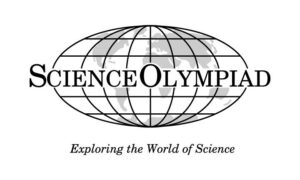 The tournament was their last competition of the year and they placed 11th out of 36 teams.

The Science Olympiad team placed 11th out of 36 in the Santa Clara County Regionals on March 6 — a result slightly better than they had anticipated, despite falling short of qualification for states, sophomore Trevor Leung said.

“Although I think we could have pushed a little bit harder to qualify for states, I am completely satisfied with our team's performance,” junior Jeffrey Hu said. “All the team members worked and did really well.”

In the competition, they competed in a series of about 30 individual events, most of which were test-based. Each person competed in three or four events, and each event involved two or three members of the team.

Team members partnered in each event and used voice calls to work together.

“We each have to understand well what the other team member knows and doesn't know in order to cover each other's weaknesses,” said senior Isaac Sun, president of the team.

There were both written tests as well as build events for the mini competitions. In the build events, the teams had to make a variety of structures, sensors and instruments, and whichever team matched the competition rubric better won.

Some of the build events had been canceled because of COVID-19 or modified so that competitors could do it online using a software. One example was an event in which competitors used software instead of wood to build a boomilever, a bridge-like structure that students strive to make support the maximum amount of weight.

The team’s top-10 finishes in events included getting eighth in Circuit Lab, seventh in Detector Building, sixth in Dynamic Planet, seventh in Experiment and Data Design, second in Machines and fifth in Sounds of Music.

Before the regional competition, the team had been working hard to prepare, as they spent their year working toward regionals, Sun said.

Everyone studied for their own events and took practice tests. Sun spent around two to four hours a week practicing in the weeks leading up to the competition.

“We've been having our regular weekly practices and really, really grinding,” Sun said before regionals.

Prior to regionals, the team had a solid performance in their previous tournament on Feb. 13, the NorCal Science Olympiad Joint Regional.

In that competition, Hu and sophomore Ainsley Sheen placed second in the Machines competition.

Sun believes the team is doing better than previous years and has slowly gotten better.

“Our team is pretty young, but we have been doing pretty well as of late,” he said. “Most people are placing around where they should be, and I'm pretty ecstatic for us to keep getting better.”

Leung was also satisfied with the team’s performances.

“I'm really happy with our progress and improvement this season,” he said. “Hopefully next season we can continue with this trajectory and make states.”