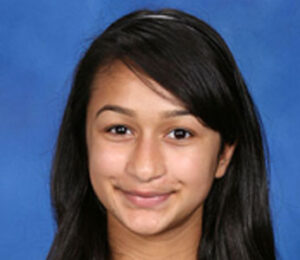 From a young age we’ve been taught to compete and to come home victorious. At every AYSO soccer game, ballet recital and swim meet, we’ve been taught to have “friendly competition” with the next-door neighbor Johnny or with cousin Erin. But we all know, it won’t be friendly. It will be a fight even if it’s not easy to see. Getting to that soccer ball, landing that pirouette, reaching that wall is the difference between a celebratory ice cream at Coldstones and a quiet car ride home. That same spiteful sense of competition is what occurs between the most animalistic of humans, teenagers.

As a new student here, it was natural for me to compare between Saratoga High and my old school, Monta Vista. From the campus to the food at lunch, everything in my life was part of a huge compare and contrast chart between Monta Vista and Saratoga. If it wasn’t enough to be comparing the two in my mind, I had all my friends asking me which was better. Ironically, it was like a competition about competition.

Like all kids growing up in the Bay Area, I knew the most important thing to compare is the academics. Having switched from the extremely competitive, Monta Vista, Saratoga felt like a breath of fresh air. Yes, academics are an important factor at this school, but it didn’t nose itself into every aspect of life.

Thinking about last year, I’m surprised that I made it out alive. I remember my parents telling me to do my best, but by the third day of freshman year, I had come to terms with the fact that “doing my best” wasn’t going to get me anywhere. After studying for four hours straight (with maybe the occasional glance at Facebook) and feeling good about the test afterwards, I received a great, 12 out of 25 which wasn’t going to go over well with my mom. It was like homework and tests had grabbed both of my hands and named me their new best friend. Believe me, it wasn’t nice.

When I came to SHS, I expected exactly the same. Crazy teachers who didn’t want to teach and intense students focused on their goals of Ivy league colleges. However, I was pleasantly surprised. After the first few weeks of school, I realized the competitiveness was there but it was small. People do compare grades and test scores but quickly changed the subject to the upcoming dances or the high costs of lunch. I was taken aback at first, but slowly I’ve begun to enjoy it.

Honestly, I’m glad I made the switch. High school is supposed to be the one of the best times of your life when you’re still young and get to live a little. With all the APs and SAT lying ahead of me, I’m still a little doubtful of that but, I guess I’ll just have to do my best.