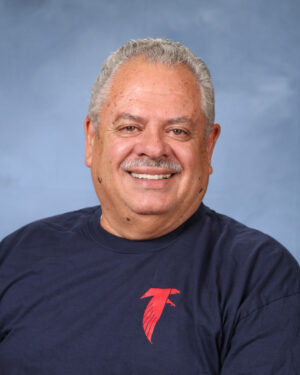 During Spanish teacher Arnaldo Rodriguex’s official retirement in June, students and staff alike thanked him for his work and bid him well in retirement. Little did they know he would be returning, yet again, to teach one class of Spanish 5 AP, making it his 39th year at the school and 45th in the district.

Rodriguex did not originally intend on coming back to teach at Saratoga High. In fact, by a requirement set for California public schools, he was not supposed to teach in a classroom until at least 180 days after his retirement.

Despite this rule, when Rodriguex discovered that Saratoga High still needed a teacher for one period of Spanish 5 AP, he volunteered to return. He applied for and managed to receive special permission from the State Teachers Retirement System to teach before his 180 days were up.

“I was lucky that the requirement was waived, and they allowed me to come back,” Rodriguex said. “I’m really very thankful to our district for making that possible for me, because that’s something that is not common practice.”

Rodriguex was warmly welcomed back to the school’s staff, and he found himself surrounded by a class of familiar faces on the first day of school. Because he had taught all of the Spanish 4H classes in addition to Spanish 5 AP last year, some of his previous students became his current AP students.

“It was like a normal transition,” he said. “I know all the students, and it was like I never left them — like going back to business.”

Senior Justin Sun, a student in Rodriguex’s AP class, said many upper-level Spanish students were sorry to see him retire.

Fellow Spanish teacher Sarah Voorhees, who has known Rodriguex for 19 years, did not expect his official retirement to happen last year.

“I was actually surprised, even though he had been talking about [retirement] for a long time,” Voorhees said. “He kept saying he was going to, and then he didn’t.”

Rodriguex said he had been contemplating retirement for the past six years, but never managed to make the decision officially. Only last year did Rodriguex turn in his retirement forms and pack up his items.

Voorhees, now the department chair for world languages, said she and Rodriguex worked together to ensure that he could return to the school. They are the only two Spanish 5 AP teachers for this year, although Voorhees also teaches Spanish 3.

Rodriguex is on campus only on Red days and is teaching fifth period only. He has also moved into Matt Torrens’s classroom, room 506, to teach; Voorhees now occupies his former room 601 of so many years.

As for the future, Rodriguex is still unclear what lies beyond this year. If the school does not have a section for him to teach next year, which he acknowledges as a possibility, he plans on looking for part-time teaching options elsewhere, but he hopes to continue his current gig.

“Next year, if they have another period hanging in there and they need one teacher for it, I’ll be more than happy to take it,” Rodriguex said.

He added that he feels glad to be back this year, and that he doesn’t regret his choice to not dive fully into retirement.

“Even though it’s only the second week of school, I don’t think I made the wrong decision,” Rodriguex said. “I have always liked teaching, and it just makes me happy and gets me out of the house to do something that I really like.”