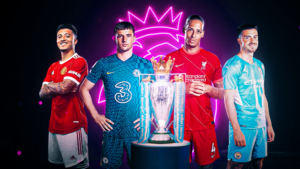 The 2021-22 Premier League season is under way, and after a scintillating transfer window that saw superstars such as Lionel Messi and Cristiano Ronaldo on the move, soccer fans are now being treated to what could be a season for the books.

Specifically, the four main contenders — Manchester City, Manchester United, Chelsea and Liverpool — stand levels above the rest of the league in terms of squad depth and strength. In the first few matchweeks of the season, we’ve seen dominance from these top teams.

On the other half of Manchester, Manchester United’s marquee signings of Jadon Sancho, Raphael Varane and, most significantly, Cristiano Ronaldo, have bolstered the team’s hopes for the coveted Premier League title. Still, the recent 1-0 defeat to Aston Villa on Sept. 25 means the club still has room to grow before becoming true contenders.

Similarly, while Liverpool has reaped the benefits of the return of star center back Virgil Van Dijk from injury, the team’s lack of transfers has resulted in falling behind in terms of overall strength. Led by the world-class combination of winger Mohamed Salah and right back Trent Alexander-Arnold, Liverpool started the season strong, although their squad depth may prove to be an issue later on in the season.

Last but not least, reigning European champions Chelsea seem to be the favorites for the title this year, especially with the signing of striker Romelu Lukaku that patched the only crack — the lack of a goal-hungry attacker — in an otherwise flawless team. The appointment of manager Thomas Tuchel in January has completely transformed Chelsea into the top team, and thus far, they’ve lived up to their sky-high expectations.

The rest of the league has also improved significantly. West Ham’s duo of Michail Antonio, who leads the league with five goals in six games, and Saïd Benrahma has led the club to sit comfortably in the top half of the table, mirroring their stellar 6th-place finish last season.

Despite the newfound strength in the Premier League, North London rivals Tottenham Hotspur and Arsenal have regressed from their traditional “top-six” status in England, and for fans, another disappointing season may be on the horizon due to poor management and form. Leicester City hasn’t been at its best either, slumping to 13th place after back-to-back top six finishes in previous seasons.

Yet this season hasn’t been short of surprises so far. Both Everton and Brighton & Hove Albion have skyrocketed to 5th and 6th, respectively, although this may not last the entirety of the season. The newly promoted Brentford team has begun its  first ever top-flight campaign with inspired performances as well, including a hard-fought 3-3 draw against a full-strength Liverpool side.

With so much riveting action, this Premier League season is worth watching, and with fans back in stadiums for the first time in over a year, enthusiasm is at an all-time high for what may be one of the most exciting title races in decades.