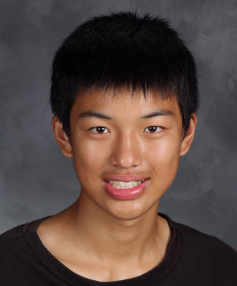 Permalink
Dear year of 2012,
I just wanted to thank you for not ending the world on December 21st, but instead changing it so that generations of 2013 and after can live in better conditions than today.
Dear year of 2012,
I just wanted to thank you for not ending the world on December 21st, but instead changing it so that generations of 2013 and after can live in better conditions than today.
I know that several incidents that happened during your reign, such as the hurricane Sandy and the Newtown shooting, are particularly tragic for Americans, but we can learn from these crises to make the U.S. more disaster-resilient and safer from gun-toting madmen.
Yet after all these terrible and horrifying incidents that happened in these recent months, I have to thank you for the positive lights that shine through the black fog of death and despair and show that we, as citizens of the U.S. and the world, can still hope for better times in the next few years.
For example, one of these shining lights (in my view) was the re-election of Barack Obama. Americans have not given up hope on a non-white person  as president, and I hope that Obama and his team can help re-ignite America's economic engine.
Another shining light is that the Human Rights Campaign has advanced one step to having equal rights for people with all forms of sexual preferences. Tammy Baldwin was elected by Wisconsin to be senator, and when she does take office, she’ll be the first openly gay member.
Obama has offered strong support for same-sex marriage, and in his 2012 presidential speech, he stated that it “doesn’t matter whether you’re black or white or Hispanic or Asian or Native American or young or old or rich or poor, abled, disabled, gay or straight. You can make it here in America if you’re willing to try.”
On a personal note, 2012 marked end of my freshman year and start of my sophomore year — a time of major transitions.
I came into this year enthusiastic for the Macy’s parade and a little bit terrified of the challenges of sophomore year, but I came out strong, feeling confident about how I did on finals, and anticipating on what 2013 has to offer.
At school, we bid adieu to longtime assistant principal Karen Hyde and welcomed a new principal and several new teachers. Fall sports teams overachieved and even gave us our first home CCS football game. For those of us in marching band, the Macy's Parade was unforgettable.
I didn’t really want this letter to end with a bunch of acknowledgements to people for making 2012 a great year for me, but if the people acknowledged weren’t here, then 2012 would not have been the year I imagined it to be.
Thank you, Mr. Robinson, for being such an active participant in student affairs, and for showing us that you believe in Red Pride and would proudly represent this school in any way.
Thank you, my teachers, for being cool and implying things that could help me later in life with your technical lessons. For example, teaching me how to better write an essay could help me in writing a college resume, or maybe even a speech later in the workforce.
Thank you to class officers and other class leaders for creating such humorous Homecoming skits and designing such great class shirts and decorations that really symbolize the school.
Thank you, my friends, for making 2012 such a great year for me, and for making my classes humorous and exciting to the extent that I look forward to each day. Thank you for tutoring me in subjects that I really didn’t get, and thank you for lending me study guides for some last-minute studying.
Thank you, all the alumni I know, for helping this school advance to the position it is now. If any one of you is reading this newspaper, then accept my gratitude and my appreciation for you.
Most of all, I would like to thank you, 2012, for being here for us people and making this a year to remember. If you were not here, and the world ended on, say, 2011, then the U.S. would have not advanced so much for equal rights, this school would not have the honor of band and sport advancements, and I would have regretted not living one more year. In other words, if you did not exist, the world that we live in now would not be as exciting as it is now.
2012, I will regret you giving up your throne of time and agreeing to give it to 2013, but even if 2013 rules just as well as you, I still will think of you as the best ruler ever.
Your loyal subject,
Devin Zhao
2 views this week