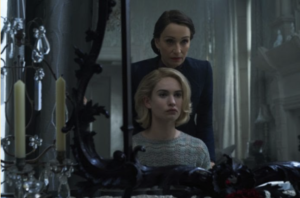 Ben Wheatley’s ‘Rebecca’ offers a fresh take on the classic but, despite quickly climbing the charts into Netflix’s Top 10 list, doesn’t quite measure up to Hitchcock’s original.

Some underrated Gothic books from the 19th and 20th centuries, however, feature relatable characters, palpable horrors, gripping suspense and page-turning plot twists that make them hard to put down. Examples of these include “Dracula,” “Wuthering Heights,” and of course, “Rebecca.”

The book contains several paranormal and supernatural tones, and involves the ghost and presence of the title character, until the reveal of a dark secret. The latest 2020 remake tries to portray these encounters in the form of a psychological thriller, but overplays it and takes the ghost’s presence at face value, subsequently, only offering a surface level interpretation.

When “Rebecca” by Daphne Du Maurier was released in 1938, it became an instant bestseller. The book has not gone out of print for almost a century, selling almost 3 million copies since publication.

The popularity of the book and its noir themes made it well suited for a film adaptation. A year after the book’s release, director Alfred Hitchcock released his version of “Rebecca,” which was also his first American film. It was a hit and his only Oscar-winning movie, still receiving tremendous critical acclaim today.

The story features a young unnamed narrator who goes to France as part of her job as a “lady’s companion” and falls in love with the wealthy widower Maxim de Winter and goes to his famous estate, Manderley. There, the narrator is constantly overshadowed by the memory of de Winter’s late wife Rebecca, who everyone sees as brilliant, beautiful, and charismatic. Compounding matters is the cruel housekeeper Ms. Danvers, who idolizes Rebecca and refuses to accept the narrator as the next Mrs. de Winter.

Beginning with the famous opening lines “last night I dreamt I went to Manderley again,” the 2020 remake quickly deviates from Hitchcock’s film, showing the presence of the late Rebecca, clad in the red dress that becomes relevant later on in the plot. In particular, it exaggerates the paranormal themes by making the mistake of showing the ghost explicitly instead of it weighing down on the narrator’s mind as a pair of shoes she could never hope to fill.

Additionally, Ben Wheatley, who directed the recent 2020 remake, makes some questionable casting choices in favor of retaining the audience and selling the film more. Casting Lily James as the narrator and Armie Hammer as Maxim de Winter sacrificed the age difference between the characters in favor of their popularity.

The 2020 adaptation has also had the opportunity to stay more faithful to the book than the original film adaptation, partly due to Hollywood’s proposed sanctions on movies in the late ’30s that forbid directors from including scenes such as the murder of Rebecca by Maxim de Winter.

Despite this, the recent adaption distorts the ending of the book and overdramatizes certain parts. In the novel, Maxim de Winter is never arrested. In the film, the narrator dramatically discovers the truth in Dr. Baker’s empty office while escaping the doctors in a thriller-esque fashion. Danvers commits suicide dramatically instead of being forgotten like in the book.

Lastly, the protagonist comes across as far more confident than in the book, even confronting Ms. Danvers in front of the entire staff. However, the original narrator’s inferiority and powerlessness constitute an essential part of the tension and make the ending more satisfying.

The recent remake of “Rebecca” shows a colorful and modern adaptation of the classic but makes some key mistakes. Simply put, it was a remake for a movie that didn’t really need a readaptation right now, visible in the substantial criticism it has received. The 2020 film currently sits with a score of 44 percent on Rotten Tomatoes and 6/10 on IMDB.

While a modernized remake of a novel that has fascinated me for many years is certainly intriguing and worth a watch, it fails to look at the subtext closely enough to emulate the true horror — and genius — of the original work.