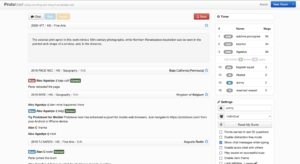 The school’s top Quiz Bowl team has qualified for next spring’s High School National Championship Tournament (HSNCT) as the result of a second-place finish at the Cal Cup 1 on Nov. 13.

Quiz Bowl sent three teams to compete in the tournament. Members were assigned to the competitive, standard and novice teams based on prior experience and skill level.

Senior Aahaan Singh, a member of the competitive team along with senior Sidd Kamannavar and juniors Nithya Krishna, Nilay Mishra and Anthony Wang, said the team is happy to focus its goals on doing well at the HSNCT on May 27-29.

“We did better than we expected,” said Singh. “NorCal Quiz Bowl teams are known to be strong, so to get second and qualify for Championships (HSNCT) is a big win.”

Singh’s first competitive team experience occurred at last year’s HSNCT, where they placed 19th out of 224 teams. Singh thinks it’s realistic to entertain the idea of a top-10 finish at HSNCT.

Preceding Cal Cup 1 was the annual California Fall HS Novice Tournament, held on Oct. 30. The club sent two novice teams to compete, with both tying for seventh out of 22 competing teams.

Janardhan, a member of the B team, said he was happy with his individual and team’s performance during the competition.

“I was actually really surprised with how well we did during the competition, especially because we’re all freshmen,” Janardhan said. “The competition took most of the day, and it was really tiring and tested my mental stamina. But, in the end, it was really rewarding for me.”

Quiz Bowl treasurer sophomore Simarya Ahuja, the novice team coach, was surprised by the results of both the teams. She said that many novice students initially felt that the A and B teams were imbalanced, with the A team performing significantly better. However, during the competition, members of the B team performed much better than expected, tying with the A team.

Quiz Bowl hopes to continue their success at Cal Cup 2, their next biggest tournament, on Dec. 18.

“I can see a lot of potential in these novices,” Ahuja said. “I think they will do really well in the future.”