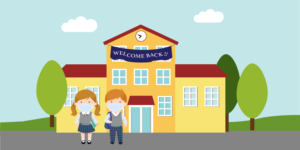 Editor’s Note: This story was written before the most recent coronavirus surge in the Bay Area and reflects the situations at these schools as of mid-November. The King’s Academy has opted to continue with hybrid learning, while Valley Christian High School and Bellarmine College Preparatory have returned to the fully remote learning model as of late November.

This fall, many local private schools have tested in-person teaching, a path Saratoga High has been tiptoeing toward with a pilot program that began on Nov. 9. In Phase 2A and 2B,  a few small teacher-led groups have already returned to school, and a handful of others were slated to return after Thanksgiving.

“For us as a school district, I think the issues that we’ll have are that we will have [teachers, students and their families] who will be concerned about coming back,” principal Greg Louie said. “Whether it’s us or any other public or private high school district, [reopening is] very much dependent upon the availability of teachers, and the interest of the students and families.”

Private schools like The King’s Academy, Valley Christian and Bellarmine College Preparatory started the returning process in late September and October, with students and staff back on campus until the recent surge in cases in Santa Clara County forced them many back online recently.

The King’s Academy, located in Sunnyvale, reopened on Oct. 26 with an opt-in hybrid learning model. Forty percent of the student population of 935 opted to remain in the fully remote model, and 60 percent chose to return. Those who wanted to participate in the blended model were split into two cohorts that alternate returning to the campus every week.

According to The King’s Academy high school principal Jeff Williamson, pre-pandemic, the school had an average class size of 19 students. Now with hybrid learning, the average in-person class size is seven students, with a maximum of 12.

“I’m looking forward to learning in person because I have a really short attention span,” Barton said. “Being at school really makes me more accountable for this.”

After returning to campus on Nov. 2, Barton said she found in-person school to be much more engaging, as there are fewer distractions and physically being on campus with a teacher pushes her to stay locked-in during class.

Another benefit of returning to school is the improved ease of social connections. Many students have had little social contact for the past half year.

“I resolutely believe returning to campus is extremely important for the learning, mental and emotional health for all of us,” Williamson said. “We as people are created to connect with other people. As amazing as Zoom is from a technological standpoint, it can never fully replace the in-person interaction.”

Peterson said remote learning has negatively affected both her attitude and stress level, and believes returning to campus will be beneficial in relieving that stress.

But parents have the final say in whether or not they will allow their children to return to in-person schooling. For Peterson, she says her parents are fine with allowing her to return to campus. After talking to some of her friends, she found that their parents also have similar feelings about their children returning. Although they are a bit nervous and concerned for their family’s safety, they trust the school to take the necessary precautions to keep everyone safe, she said.

As of Nov. 23, the school has now been back at school for four weeks, with no COVID-19 cases. Additionally, Williamson said students constantly tell him how much easier it is to learn at school.

Although returning to campus may be beneficial in increasing student performance and allowing students to regain the social aspect many have been looking forward to, the risk of COVID-19 remains. Though many have opted to return to campus, some are still hesitant due to concerns regarding the pandemic.

“A large majority of our students, parents and teachers are very excited about being back on campus. Admittedly, there are a few people that are hesitant,” Williamson said.

For those who have opted to return, they express excitement and satisfaction for finally being able to reconnect with school friends and staff.

“I’m really excited that we’re all going back, especially for being able to connect with friends and teachers,” Peterson said. “I have yet to meet any of my teachers in person, so I’m excited about that. Also, having lunch with my friends again is exciting even though we’ll be six feet apart.”

Valley Christian High School reopened in-person classes on Oct. 12, dividing the students into two equal cohorts of 300 students. The groups rotate going to school, where the group at home attend the same classes but virtually. The school also took additional safety precautions like assigned seats for students in each class, requiring face masks and reducing the number of students per class to maximize the physical distance between each student.

“I’m excited [to go back to school], yet I’m scared that there is a possibility of just one case of the virus bringing it all down,” Valley Christian sophomore Vivian Chan said. “I think it isn’t necessary to return just yet as cases are still on the rise. However if we take precautions it could work. It’s the people who are being careless that ruin it for others.”

Valley Christian sophomore Leah Ning chose to join the school’s ambassador program, the first group of students who returned a week before the school officially reopened on Oct. 5. The program served as a pilot for allowing more students on campus. Ning said that a benefit of attending a private school is that the school has more money to spend on similar programs.

“I don’t think public schools are going to do this any time soon safely, because they probably don’t have enough funds to buy the materials that Valley has,” Ning said.

She has attended in-person school regularly since then as online school does not provide students with social interaction, which she believes is a vital part of the school experience.

“Online school doesn’t fulfill the same purposes as in-person school,” Ning said. “School involves learning, but it also involves social interaction, so you’re missing out on a huge part of it if you’re completely online.”

Although Bellarmine College Preparatory originally planned to have a cohort system like the two other schools, the plans were adjusted recently to lower the number of students attending and ensure their safety.

In the revised system, put into place on Sept. 23, teachers who are comfortable with returning to campus would teach classes that are offered in-person, so students can opt-in to attend one class per day. In order to better integrate both students who are attending class from home and those on campus for hybridized classes, cameras display both groups in Microsoft Teams. These cameras display teachers and students who are on campus and broadcast it to students attending class from home, and vise versa.

“I know online classes have definitely put a damper on participation,” Alappatt said. “Something as simple as raising your hand or speaking in class is not as easy as it would be in in-person class.”

He tried in-person classes for two weeks, but has not returned due to transport being inconvenient. As of right now, he estimates only 10 percent of Bellarmine students have returned to in-person schooling.

Although he decided not to participate in-person, Alapatt still believes that the hybrid model Bellarmine uses has worked. He appreciated that teachers were able to fairly divide attention between students online and in-person, and that the school followed all safety precautions.