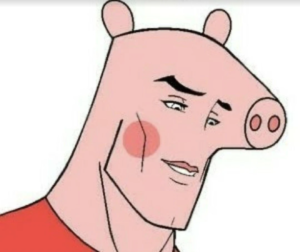 I’m sure you all remember the brief existence of the Peppa Pig Fan Club in April of last year. This club, formed for only one week and meeting only once on April Fools Day, amassed a total of three permanent members and the derision of everyone who saw our signs. Its main goal was to worship the pink children’s cartoon pig who achieved internet stardom after becoming a symbol of the counterculture in China.

I am here now to tell you all that it was all a prank. The fake club was created as part of a newspaper column for April Fools Day. I know you are all feeling shocked and betrayed by this revelation, but it’s time for the truth to come out.

As the saying goes, FAKE NEWS.

Last year’s resounding success inspired me to revisit the prank for April Fools this year. Almost immediately, I ran into a wall. Because of a certain quarantine, holding physical meetings is impossible. So, by necessity, the Peppa Pig Fan Club went digital.

I posted a notice on Facebook a few days before April 1 and began setting up a group.

On April 1, the group had three people in it, just like last year. In the special chat room I had set up for holding our first meeting, the viewership peaked at two. I got ready to write another story about a failed club and forget about it in a week.

I logged onto Facebook the next day to see that the group had gone up to about five members. It was at this point that I probably should have seen the writing on the wall. I should have backed out and deleted the group. Instead, I thought nothing of it and went on with my day. Big mistake.

Keep in mind that I was not following the group, meaning it didn’t show up in my feed. Maybe if I had been, the volume of posts over the next few weeks would have alerted me to something. Maybe this wouldn’t have gone the way it did. I could have prevented everything from happening with only a few clicks.

The next time I checked, about three weeks later, the group had ballooned to over 50 members. The Peppa Pig Fan Club now had more members than many of the official clubs on campus. We appeared in cameos everywhere, from SHSTV broadcasts to Mr. Nguyen’s Instagram story. Scrolling through the sheer landslide of posts somehow filled me with the desire to apologize, though I wasn’t sure to whom or how. I saw things that I’m not heartless enough to describe in this article.

I had to face the facts. I had created something awful without considering the consequences. As the random Peppa Pig screenshots and the cascade of pig images flowed down my screen, I couldn’t help but feel like a parent watching their child burning ants with a magnifying glass.

At this point, the original article was long overdue. It was, as most articles about dead clubs are, pretty grim despite my best efforts. But now, I smelled a fresh opportunity. Two choices lay before me: I could continue the downward spiral for the spicy newspaper content, or I could end it and protect the school from what the group was becoming.

After a long and tortuous deliberation, I chose to archive the group. The Peppa Pig Fan Club would have to find another president.

In the end, I am glad that I decided to axe the prank before it got too far. Who could have imagined that a harmless April Fool’s Joke would blossom into such a cult-like disaster?

I am a senior. This is a warning to all the newspaper writers who come after me. When the April Fools package rolls around, don’t even let the shadow of the idea of Peppa Pig into your mind. Just stay away. Trust me, it’s not worth it.