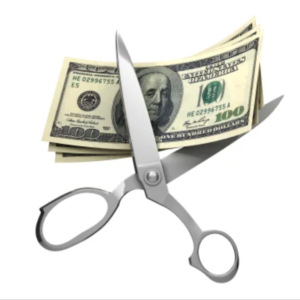 The Los Gatos-Saratoga Union High School District has projected that spending needs to be cut by up to $1.6 million annually for the next three years to offset a deficit of $4.1 million due to losses in funding from the state and expected drops in local property tax revenue. This number is subject to change as the pandemic progresses.

Rosemarie Pottage, the district’s chief business officer, said that leaders will try to avoid layoffs and maintain classes and programs. The specifics of spending cuts have not been spelled out.

The combined yearly budget for the two-school district is roughly $62 million. The district is largely funded by local property taxes instead of receiving money from the state based on average daily attendance.

Louie said the district will likely cut spending per student. Pottage said they will reduce overtime and paid leave, which could save the district another $250,000.

Departing employees will increasingly not be replaced whenever possible. For instance, after librarian Kevin Heyman retires, the district will not replace his job, and wellness coordinator Marina Barnes will return to her position as school resource aide, essentially eliminating a position. Some temporary employees, including teachers, may also not return next year while two teachers on special assignment will likely return to the classroom and will no longer be instructional coaches. Fewer sections of classes will be offered next year, probably driving average class sizes into the 30s.

The district is modeling its response on cuts made during the Great Recession of 2007-2009. However, the situation looks worse because of the high levels of unemployment across the country.