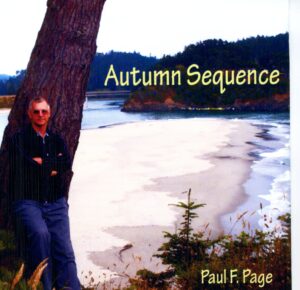 “The music on this CD is sort of a hybrid classical, which means that although the music is contemporary, it is based on classical models,” said Page.

The album, which is being distributed by cdbaby.com and will soon be distributed through iTunes, consists of 14 solo piano pieces that Page composed and recorded. According to Page, it was named “Autumn Sequence” after the second piece of the album and the musical sequences that consist of repeated phrases and passages.

Page is currently working on other projects, but is waiting for the pieces to be ready before combining them into another CD. Page has to balance work from school along with his composing.

“I try to write whenever I can, and it varies from week to week. Sometimes I’ll play for only an hour or so, while other weeks…well, let’s just say I don’t tend to get an awful lot of sleep during those weeks,” said Page. “Like I tell my students. ‘’It’s the school work first.’”