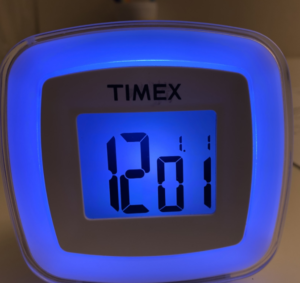 My alarm goes off at 8:23 a.m. One eye still closed, I fumble around in the dark. Brushing my teeth and slapping some water onto my face, I  log in to my first-period chemistry class, with precisely two and a half seconds to spare.

One class down. Three more to go.

At  2:45 pm, when World History finally finishes, I realize that half my day is gone. On average, however, I have about four hours of synchronous class time. On Blue Days, I have less than three hours of class the entire day. So why am I getting less work done with almost two hours less class every single day?

The time accumulates through three breaks for Red Days and two breaks for Blue Days, adding up to 60 minutes on both Red Days and Blue Days. This excludes the additional 35-minute lunch break that happens every Red Day.

Where I used to spend my time in between classes power walking from one end of the campus to the other, I now find myself leaving my room after Zoom-induced isolation, but then wandering and relaxing until it’s time for my next period.

Like many other students, I had high expectations for this new quarantine bell schedule when school began in August. I told myself I would get up early and have a fully productive day, using the 20-minute breaks to their full potential.

But quickly, I realized that the 20-minute breaks between classes were both uncomfortable and unproductive. The breaks are too short to get any real homework done, but also long enough that I end up wandering around my house aimlessly.

I want to do that Chemistry worksheet, but by the time I pull out my binder, print out the worksheet and open my textbook, I’m almost late for my next class.

Some of my friends claim that 20 minutes is the ideal time to complete all the tasks that aren’t too intensive, but are hard to fit in a busy schedule, like cooking lunch. Unfortunately, I don’t really cook anything, unless of course you count pouring milk into a cup and adding some cereal as cooking.

To solve the problems caused by the awkward break between classes, the school should reduce breaks to about five to 10 minutes, like they were when school was in-person. This is enough time to chat quickly with a friend, or do some last-minute studying, but not enough to end up wasting the time. The best part is that classes will also end sooner, freeing up more time in the rest of the day.

With an average break of five minutes, even keeping the relatively long lunch break of 35 minutes, school can end at around 2:15 on Red Days and even around 12:25 on Blue Days.

This would help free my time up and use it effectively, even when my definition of an effective use of time is watching Netflix and eating ice cream, since I don’t have enough time in the 20-minute breaks to do that either.