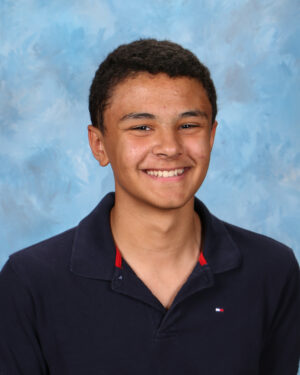 I’m a mixed race kid. I am the child of a first generation Ethiopian immigrant, my mother, and a caucasian father.

You could feel sorry for me as I struggle with self-identity and alienation from my peers. You might be horrified by the prejudices I face and the outright bigotry of the community.

But none of it would be true. I don’t feel any of these things. Nowadays it seems everyone is multiracial. It’s commonplace to have friends with varied ethnic backgrounds here at Saratoga High.

But it’s not just Saratoga. The mixed race population is growing across the country. According to the U.S. Census, the number of people reporting as mixed race grew by 32 percent between 2000 and 2010. During the same period, the single race population only grew by 9 percent. In California almost 5 percent of the population reported as mixed race in the 2010 census. Basically, it means that one in every 20 people you know may be mixed race. Also, these figures are conservative estimates since the data is from six years ago. Given the growth of mixed race populations, you can expect even higher numbers in 2020.

A major reason why being mixed race is not an issue at SHS is that the students have been exposed to people of all races at a young age. For example, at Foothill Elementary School, our annual International Night had so many nationalities represented that you’d think you were at a United Nations conference. Foothill also had a Breaking Bread day that encouraged kids to share their favorite ethnic foods.

Through this type of interaction, kids learn not only to accept, but to cherish the differences in others. In general, our community is a cornucopia of individuals from all over the world, attracted here by high-tech jobs and democratic freedoms. So it’s not a surprise that the kids here are so well adapted to differences.

Take a look around Saratoga High. When I look at my group of friends, I see at least 25 percent of them are mixed race. All of them are socially and emotionally well adjusted. We know everyone by their personality and not their skin color. We are much more likely to say “he’s the guy with a great sense of humor,” rather than “he’s the guy who’s half-Japanese.”

For us, race is a transparent characteristic; we don’t even think about it. I suppose this is not unusual in a country where on any given night, you can turn on the TV and see a mixed race person by the name of Barack Obama.