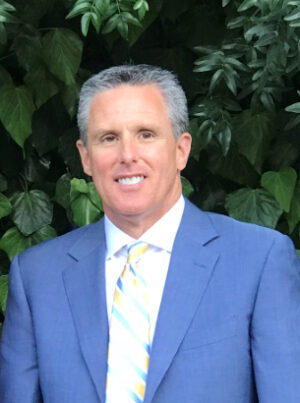 In anticipation of ex-superintendent Robert Mistele’s retirement in late June, the district board of trustees completed an extensive nationwide search for new candidates over the summer and eventually selected Dr. Michael Grove as the district’s new superintendent.

Grove, who has worked in education for almost 30 years, was selected out of a pool of approximately 50 candidates after going through several rigorous rounds of interviews.

He was most recently the associate superintendent for the  San Dieguito High School District, which has 10 schools and over 13,000 students and includes both middle and high schools.

“I’m enjoying the small size of LGSUHSD because there is definitely a family feel and everyone knows each other,” Grove said in email responses to questions from The Falcon.

Principal Paul Robinson said that San Dieguito District shares many aspects in common with the Los Gatos-Saratoga District, so he’s “really excited about having [Grove] come [to the district].”

In the past, Grove has also been a director of curriculum and principal of both high schools and middle schools in the San Dieguito District. Grove used to teach English for nine years and also coached speech and debate on the side.

After serving as both a middle and high school principal, Grove became the executive director of curriculum, instruction, and assessment and soon became the associate superintendent of educational services.

Besides his experience in middle and high schools, Grove has also served as a professor in the Master’s in Educational Leadership Program at California State University San Marcos and holds a doctorate in Educational Administration from a UC Irvine and UCLA joint program.

Grove’s wife, Melissa Grove shares in his love for education and works as an AP English and Film Studies teacher at Rancho Buena High School in the Vista Unified School District.

For the time being, she is remaining in San Diego while looking for a new job in the Bay Area and working on renting out their San Diego home.

Grove officially began his tenure on Sept. 1, succeeding Mistele, who had worked in the Los Gatos-Saratoga district as an  administrator and superintendent for a total of 15 years.

Robinson, who was hired by Mistele, praised Mistele’s work in the district.

“Under Mistele our school district addressed a lot of social and emotional issues,” Robinson said. “Students were well and healthy while they were continuing to achieve academically. He set the district on a really good path.”

Since his appointment to the district’s top job, Grove has been frequently asked about the goals he hopes to accomplish in the district.

“My first priority is to spend my first few months meeting and listening to our students, staff and community while also asking a lot of questions,” Grove said. “It's important to listen to multiple perspectives before developing any sort of assessment of a school district.”

He added that “it’s not my job to impose my own goals upon the district, but rather to … facilitate the creation of collective goals” and “develop those shared goals.”