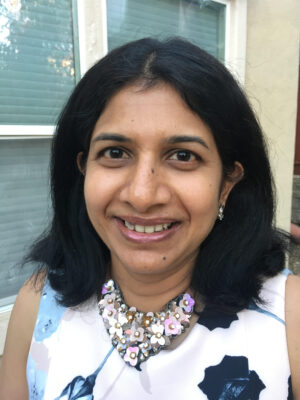 Growing up in Mumbai, India, Shoba Vaidyanathan noticed an apprehension over discussing mental health issues. This became more obvious during her years studying clinical psychology in India, where she realized that there was a prevalent stigma against seeking therapy as well.

Now living in Cupertino, Vaidyanathan is the school’s lead therapist. She has ample experience working with students with diverse backgrounds, and is committed to being a supportive presence on campus.

Vaidyanathan, who is not part of the CASSY agency, said that her role as lead therapist, or site therapist, gives her a lot of opportunities to spread awareness about mental health and serve students when they need her guidance. Based in the Wellness Center, she is responsible for assigning referrals to any students that come in for concerns to the other therapist, but she isn’t a clinical supervisor.

All of the therapists work together as a team and collaborate, Vaidyanathan prefers to refer to herself as a “site therapist” rather than “lead therapist.”

Vaidyanathan loves the welcoming environment at Saratoga High and enjoys interacting with students; she said her goal is to always listen to and support students.

“My role is to de-stigmatize mental health and let  students know that we are here for their assistance,” Vaidyanathan said.

Although Vaidyanathan’s parents wanted her to become an engineer or doctor, they eventually changed their minds and Vaidyanathan chose psychology as her major in her final year as an undergraduate.

With the encouragement of her psychology professor, Vaidyanathan came to America and earned her master’s in Educational Psychology at the University of Utah. There, she worked at a children’s center doing play therapy with kids who were 2 to 5 years old.

Upon moving to Fremont in 2003, Vaidyanathan worked in Family Resource centers and domestic violence shelters.

Vaidyanathan then spent the next 14 years raising her kids, but she eventually returned to her therapy work in 2019 and is thrilled to pursue what she loves at Saratoga High.

“The atmosphere at Saratoga High can be very competitive, and it is easy to feel overwhelmed, especially with the adjustment to in-person school,” she said. “Be patient with yourselves and support each other.”