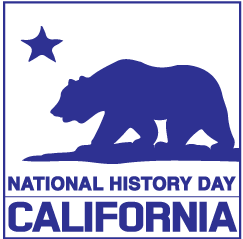 Several groups of juniors have qualified for finals in the statewide National History Day competition.

The statewide National History Day Competition (NHD-CA) held a virtual awards ceremony live streamed on Youtube on May 13 that announced qualifications for nationals along with other honors. Among the seven groups of student finalists from SHS, two students received awards.

Junior Riya Jain won the Japanese American History Award for her documentary, “Fighting on Two Fronts: The Fight against Japanese Internment,” while junior Francesca Fernandes received an Honorable Mention for her performance “Elizabeth Hamilton: How One Woman Revolutionized the Role of Women in American Society and Its Politics.”

Although Jain and Fernandes won these awards, they did not move forward to nationals. Five other groups of students also did not advance but were finalists for the state competition.

These juniors included Neeti Badve, Tabitha Hulme, Nitya Marimuthu and Nikhil Nair for their trifold exhibit on segregation; Hermione Bossolina and Ankita Chatterjee for their exhibit on “Uncle Tom’s Cabin”; Katie Chen, Urmila Vudali, Michelle Wu, Aliza Zaman and Amanda Zhu for their exhibit on birth control; Rohan Kumar, Anthony Qin and Aaron Wong for their performance on jazz and racial barriers; and Karen Lei for her website on the atomic bomb.

According to their website, NHD is a year-long program where students research, analyze and draw conclusions on a topic using archives, libraries, museums or oral history reviews. Topics this year pertained to the theme of “Breaking Barriers.” These projects would normally be submitted to competitions to be reviewed by local and national historians and educators, but because of the current pandemic, the competition has been changed to be held virtually. Over 150 pairs of judges were assigned projects to review and critique independently online.

After receiving the news that she had qualified as a finalist, Jain said that she was ecstatic.

“Obviously, I was really happy,” Jain said. “It’s a good feeling to be recognized for something that you really put a lot of effort into.”