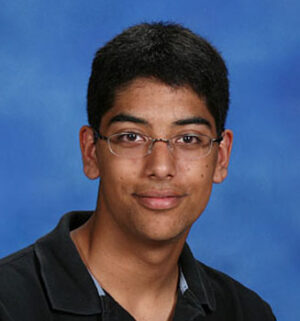 I’ve always wondered why. Girls aren’t the only ones who need an emotional release now and then. What is so wrong about a man opening himself up to his friends or family members so that they can help him through a difficult time in his life? For example, shouldn’t severe physical agony be an acceptable exception to this most cardinal of man laws? Or, even more painful, what if you just saw the saddest movie of all time: “The Lion King?”

Simba and friends hit the silver screen on my third birthday. I was really excited when I walked into the theater and the movie didn’t disappoint. Who doesn’t love chanting along to “The Circle of Life” like an unintelligible African warrior? And that scene where all the savannah animals bow down to the newborn prince while Rafiki holds him up to the sky? Classic.

But then, out of nowhere, Mufasa died. I was stunned.

After I got over my initial shock and anger (and my desire to kill that backstabbing coward Scar), I realized just how sad I was. To be honest, it wasn’t even Mufasa’s murder that upset me; it was Simba’s reaction. For those of you who don’t remember or have suppressed the heartbreaking memory, I will summarize the scene: Simba walks slowly down into the gorge where the wildebeests stampeded and finds his father’s body, lying broken and unmoving on the dusty ground. Simba approaches the spot and, on the verge of tears, desperately says, “Dad? Dad, come on. You gotta get up. Dad, we gotta go home. Help! Somebody! Anybody…”

If you aren’t crying by now I honestly think you should get that ice-cold hole in your chest checked out by a doctor. Picture yourself in Simba’s situation; what would you do if your dad was lying dead on the floor and your uncle just told you it was your fault—that you killed him?

I guess part of the reason I was so touched by that part of the movie is that my parents are pretty awesome. I used to live in Southern California when I was younger and I still remember family trips to places like Disneyland, the San Diego Zoo and Sea World. I couldn’t imagine my life without either of my parents, so when I saw Simba trying to wake his dad up, I did the only thing I could: I cried.

Maybe I’m not the manliest man in all of mankind, but I’m OK with that. I don’t think showing emotion is a sign of weakness; I think it’s a strength. I don’t hide my feelings so that people think higher of me. In fact, I think the real men are the ones who like themselves the way they are, macho or not, because to be honest, it doesn’t make one bit of difference. Being sensitive hasn’t stopped me from finding plenty of close friends to hang out with or being successful.

In “The Lion King,” Mufasa told a conflicted Simba, “Remember who you are,” and I think in the real world as well those are words to live by. You shouldn’t have to change yourself to impress anyone, so the next time you go see a sad movie remember: Some guys think they’re tough, but they don’t even have the balls to cry.