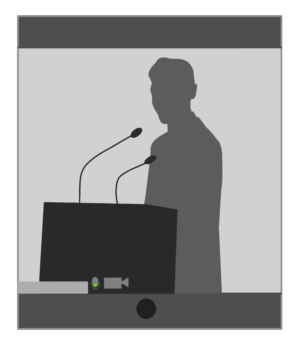 Photo by Graphic by Joann Zhang

From Nov. 12-15, nine members of the school’s Model UN club attended the first ever virtual SMUNC, which featured more than 50 schools, both domestic and international, and had more than 1,000 delegates.

The virtual nature of this year’s conferences opened up more opportunities by eliminating the factors of distance and chaperoning, so the club has attended two conferences so far and is planning to attend three more.

Fang said that the Model UN club has seen drastic changes this year in that it encompasses a broader range of topics such as discussions on terrorism and lectures on international relations (IR) theory. It is also organized in a more productive structure now that meetings are no longer limited to the 35 minutes of school lunch periods.

“We are expanding beyond just simulating the UN,” Fang said. “We also try to understand how world politics works, such as by discussing some theories of international relations.”

In addition, the club utilizes Model Diplomacy, a website developed by the Council on Foreign Relations that provides background information on various topics for the club’s mock conferences.

Gupta said that the mock conferences, in addition to some lectures given at the beginning of the year, adequately prepared her for the conference.

“Even though the preparation was online and very brief — only a month — it made clear how everything worked,” Gupta said. “The mock conferences made sure we weren't completely clueless about what was happening when the actual conference came around.”

While the smaller-scale virtual conferences that Model UN has been attending since the beginning of the pandemic use a combination of Zoom and Discord, SMUNC invested in Gatherly, an online platform that allows attendees to move on a map.

An important part to Model UN conferences are the unmoderated causes, in which delegates would walk around the room and huddle to talk and draft resolutions. In most virtual conferences, this is achieved through Discord voice channels.

But with Gatherly, delegates can “walk” around a virtual space through a click of their mouse to join huddles, while the chairs can broadcast speeches addressed to the entire committee.

Through SMUNC, Gupta gained valuable public speaking skills as well as the ability to look at situations through different perspectives, she said.

“We had to give formal speeches without any preparation while trying to avoid stumbles or first-person pronouns,” she said. “To voice our solutions and collaborate with other countries, we had to take their interests into account as well as our own.”

Gupta had assumed that a model conference would give all countries an equal status, but she was surprised to learn that China had veto power in her committee, the United Nations Security Council, just as it does in the real world. She chose not to use the power, however, because she found that all delegates were very open to ideas, and wanted to keep with the collaborative community.

One important part of Model UN is to form friendships through talking with other delegates outside of committee sessions, but that was not possible in the virtual format, Fang said.

To make up for this, Fang and Gupta’s chairs decided to take some time from committee sessions to play the icebreaker game Superlatives.

“It felt good to be talking to these delegates as people after speaking to them formally for three days,” Gupta said.

In addition to the conference itself, SMUNC organized several speaker events, including a conversation with Lieutenant General H. R. McMaster, who was the 26th U.S. National Security Advisor, and a panel with two Stanford professors.

The events gave Fang an understanding of the drastic difference between scholars who conduct research versus authority figures in the field.

“Professors in academia were generally more objective and analytical, while McMaster was more subjective and tried to prioritize the strategies of the U.S. over those of other nations,” he said.

For Fang, the conference taught him that being right does not necessarily matter. When he found that the committee went off topic — from Russian misinformation to cybersecurity — he tried to pull it back, only to be told by the chair that he should be more cooperative.

“I learned that sometimes having the best arguments is not the only thing that matters,” Fang said. “It’s more important to make compromises, which might encompass using analogies and more understandable language when speaking, instead of merely citing philosophers and IR theorists.”

SMUNC also organized a panel of Stanford students to speak to delegates about college admissions and life.

“The panel was in-depth and gave us an inside look instead of an outsider’s perceived view,” Gupta said. “College can be a big worrier for high school students, but it was nice to hear the panel telling us to follow our interests and passions.”