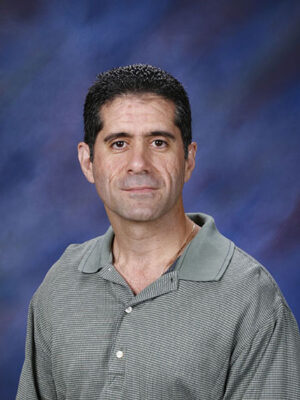 After having taught at Saratoga for 11 years, math teacher and department head Mike Navrides is leaving to fill an opening at Los Gatos High. Despite the change of location, Navrides will continue to teach the same subjects, AP Statistics and Algebra 2.

“People were very shocked when I told them,” said Navrides. “But after they recovered from the initial shock, the department and school were very understanding and supportive, which I am very grateful for.”

Navrides said he decided to teach at Los Gatos because he feels he is ready to do something different. In addition, because the statistics program started only two years ago at Los Gatos, it is not yet as successful as the program at Saratoga High. Navrides hopes to improve the program to meet the needs of the students there.

“I’m very excited for him, because I know what it’s like to want to try to face new challenges,” said math teacher Laressa Ridge.

Navrides’s decision to change schools surprised his fellow math teachers. None of them had expected that he would leave, especially because he was involved in numerous activities and was the head of the department.

“We had absolutely no idea that he was leaving,” said math teacher Michelle Drouin. “He called us into a meeting during a break with a completely different topic and we left with the news of him leaving. It was hard to go back to class knowing this fixture was going to be gone.”

As the head of the math department for the past two years, Navrides arranged monthly meetings between the teachers and checked that there are enough supplies. In addition, he also organized the different math competitions, including the American Mathematics Competition (AMC) and United States of America Mathematical Olympiad (USAMO) tests.

Navrides also participates in several extracurricular activities like sports and clubs. Every week, he opens his classroom to the many members of the Key Club for their meetings. Navrides is not only the club adviser for the largest club on the campus, but is also the announcer for many of the sports games played at home.

“I have so many fond memories of my 11 years at SHS,” said Navrides. “Many of them revolve around sporting events, watching our athletic teams win CCS and league titles.”

Although Navrides will not be leaving the school district, he is sad to have to say goodbye to the staff members and the students of Saratoga High, especially his fellow teachers in the math department.

“These individuals are some of the finest educators and people I have ever had the privilege of being associated with,” said Navrides in an e-mail to the staff members. “I thank you all for all of the positive memories I will leave with and understand that Saratoga High School will always hold a very special place in my heart.”