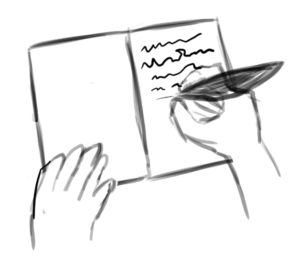 I have to admit, a game written into a book form sounded pretty strange to me. But the Arcane Ascension series, written by Andrew Rowe, was exactly that. The books are considered LitRPGs (Literary Role Playing Games), and they were somewhat surprisingly unique and interesting to read through.

The worldbuilding in the books is one of the best parts. Rowe’s magic system is fleshed out nicely, as might be expected. However, details about the world are mostly conveyed through infodumps. Generally, the protagonist asks a question and then the other character (pretty unrealistically) talks for a few pages. It's for the reader's benefit that it's explained, of course, but it happens pretty clunkily.

There are a few poor moments in his worldbuilding as well. It's mentioned that it's possible to basically create sentient and intelligent copies of humans or monsters that can have their memories modified or free will taken away. One specific character, a magical crystal, does this to set up what is essentially a test involving creating a defense with copies of humans as attackers. The crystal's actions are portrayed as "moral" because they will eventually release the copies into the wild after 10 years of servitude with all memories restored. The explanation feels pretty cheap and unrealistic (even for a fantasy world).

The books handle LGBTQ+ characters pretty well too. The main character is asexual (doesn't feel sexual attraction) according to the author, and had a brief romance with another male character in the first book. There was additionally a non-binary person, and in both cases, there wasn't any homophobia or transphobia shown toward either. Although I think that books tackling heavy issues like homophobia or transphobia toward characters are important sometimes, I liked the nonchalant way the book just avoided those heavier topics. It did lead to several nasty reviews from readers, however, whether bashing the non-binary character for being "mentally-damaged" for wanting to use they/them pronouns, or for having a gay relationship sprung upon them.

The books’ plot is pretty weak, however. Mostly, things are happening to the main character and not the other way around. This is especially true for the third book, where the plot pretty much doesn't advance at all. This isn't necessarily bad, but I do prefer a structured plotline over the more relaxed format the series uses.

While I liked the books, they have many flaws. Still, I'll be reading the other books by Rowe. Despite the books’ shortcomings, he manages to present interesting ideas in a fleshed out world.