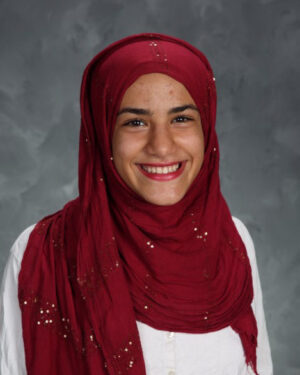 I am an SHS alumna from the Class of 2015. Leena Elzeiny is my sister. I saw that she was writing an article about community college and decided to write something about my personal experience. Feel free to cut my essay to make it shorter.

During the spring of my senior year, I cried into the envelopes of UC rejection letters.

Meanwhile, I ignored my acceptance letter to UC Santa Barbara. I rejected the partial scholarship I'd received from Scripps College. I pretended not to see the thick packet that arrived in the mail from the University of Southern California.

Why? Too expensive, I told friends and counselors.

No matter what I said to my peers, I’ve accepted that it was not completely my decision to attend community college. My mother had made it clear that the only education she could afford was a UC Berkeley education. My father hadn't wanted me to pursue a liberal arts degree.

But there was something more. Since I was only one of four kids, my parents simply could not afford university tuition.

Students, teachers and staff alike expressed disappointment — even carefully masked disgust — when I explained that I wouldn't be getting my degree through the traditional route. My school counselor persisted, suggesting that I apply for student loans. I declined.

As graduation approached, my AP English Language and Composition teacher asked each of her students to share what school they'd be attending in the fall.

My teacher piped up, "I always knew you were the smartest student in the class. Community college was the best decision of my life! It's so inexpensive, and fun!" As she raved about community college, I wished I could disappear.

I felt poor, and annoyed at my friends who booked plane tickets to faraway private schools while I stood in line to get a clipper card for my new school.

I felt entitled; I had taken the same AP classes as my friends, applied to the same colleges and even wasted countless summers taking official SAT practice tests. Had my efforts gone to naught?

I spent the summer after high school at the bus stop. I started working in the mall for a little extra lunch money. Eventually, I was paying for school supplies, electronics and school tuition.

For the new school year, I pledged to maintain competitive grades for my major, save up for school, get involved in ASB and sign a transfer agreement guarantee with UC Davis. Through the transfer process, I would get a second chance to stand out as the most perfect, well-rounded candidate. I was determined to check off boxes in a way that I'd simply missed at Saratoga.

As the school year approached, I felt a little spark of excitement. Even rebellion. Community college would be full of misfits.

During an evening Calculus course, I met my best friend and biggest mentor. At 8 p.m., I sat in the front of class and raised my hand for half an hour until the professor called on me. After class, I immediately followed up with the opportunity to join a student-led study group.

A student in a printed giraffe dress shirt explained that it was his fourth year at community college. He was the student trustee for the Foothill-De Anza district and heavily involved in on-campus organizations. Bingo.

For the first time in my life, I heard students speak openly about being working class and poor.

At the same time, I began fighting for student rights and taking on issues that simply wouldn't have been relevant if I had gone to the "perfect" school. My vision of "radical" Berkeley in the ‘60s was my day-to-day life at De Anza College, a community college smack in the middle of Cupertino.

I love being around other students who are heavily invested in equity issues. I love the misfit I've become so much more than the form I was trying to check off.

I didn’t reinvent the wheel. I just decided not to go to a 4-year university.