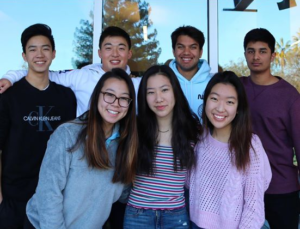 As a result, ASB, spearheaded by Mangal, plans to cut down on club approval and communicate clearer, more meaningful and more specific goals for each club.

The process entailed a “three-strike” system that required clubs to turn in documents and maintain consistent meeting attendance at risk of being cut. The system proved to be a drastic shift from the past year, during which club activities were rarely monitored and consequences were much less severe.

While this new policy was theoretically sound, in practice, it was plagued by miscommunication issues, which caused serious problems considering the especially harsh penalties implemented this year.

“It wasn't clear cut [at the beginning] how you could get strikes; we elaborated on the policy midway through the semester,” Chiu said. “That was a mistake we made.”

For instance, clubs temporarily get two strikes for not turning in their meeting minutes, since there is no evidence of a meeting having been held; however, the extraneous strike is removed once the meeting minutes are turned in. Similar situations created much confusion for both club leadership and the commissioners themselves, Chiu said.

To alleviate these recurring problems, Mangal will look into improving communication paths between ASB and all club leadership by formalizing and consolidating reminders, among several other specific changes.

“Rather than just approving many clubs, I will focus on quality over quantity,” Mangal said. “I want clubs next year to essentially push themselves to their limits.”

To help accomplish this, Mangal plans to establish a to-be-decided limit to the number of times a potential club can reapply during the first semester when seeking club approval, which would incentivize better-prepared club interviews and planning.

Additionally, for clubs centered around raising awareness for disease, poverty or other social causes, Mangal will encourage them to take steps toward helping the people struggling in those aspects, such as building care packages, or raising money for a cause.

Another change he hopes to implement is shortening the required time period of a club’s inactivity before ASB distributes its extra funds as grants. Traditionally, if a club has extra funds when inactive or cut, ASB distributes the funds after a period of 18 months, in concordance with California state law. However, the clubs commissioners are working to adjust the required period to 6 months, which is a more practical length of time, Chiu said.

While Mangal has a general idea of what changes he wants to bring to the system next year, he said there is still much to be discussed with next year’s ASB and previous clubs commissioners in regards to big changes in the club handbook.

“I want to get feedback from current club presidents on suggestions they may have for next year's club policies,” Mangal said. “I will try my best to cater any new rules to their needs.”