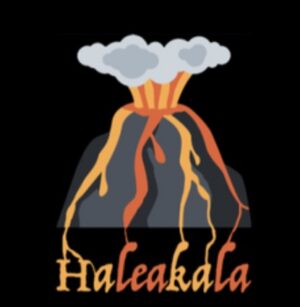 Junior Sahil Shaik’s podcast, ‘Haleakalan,’ has taken off quickly since his first episode on Sept. 27.

Shaik, who introduced the idea behind “Haleakalan” — named after Haleakala volcano in Hawaii to represent the explosive group dynamic — was inspired by the rise of podcasts in recent years and decided to make his own quirky version. Although the group’s knowledge on controversial topics is admittedly limited in comparison to professional podcasters, Shaik said he believes the podcast’s appeal comes from hearing the perspective of high schoolers, especially since their non-professional status makes the experience less detached and more relatable for young listeners.

The group recorded their first episode on Sept. 27 about the MIT hackathon, where they explained its rules and gave some advice in an example of one of their educational-themed episodes. They decided this as their first topic because they were all a part of the hackathon and saw its relevance.

“A lot of our topics have to do with the tech industry, business, technology and politics. They’re topics that pertain to everyone, on top of us knowing the topic and being interested in it,” Shaik said.

Shaik’s job is to come up with controversial or interesting topics and ask questions while also adding his own two cents in, acting as both moderator and participant. He edits each episode and posts them on the platforms such as Anchor, Spotify and YouTube. Bhandari is responsible for creating the thumbnails while Haque created the podcast’s website.

They have 14 subscribers on YouTube as well as over 60 monthly listeners. The YouTube comments mostly consist of positive feedback that encourages them to continue, while others leave detailed observations with their own opinions about the subject at hand.

They have been gaining traction since the fall, which includes 10 one-hour long episodes and spans a full semester of school. Their process includes brainstorming their topic, coming up with questions and doing research from Sunday to Thursday, then filming the podcast on the subsequent Friday evening. Shaik then spends Friday to Sunday editing the podcast, coming up with a title and description and uploading the finished episode.

Although each topic is related to every person in the group, Shaik felt he connected to the last episode of the first season most.

“We made a recap of our first semester of junior year, talking about, what we've done and what we've been through. We actually had to cut out a lot because it was too personal,” he said.

This episode was more informal than their typical videos with the juniors talking over one another as they reminisced about the summer and their group outings.

The podcast has given Shaik a productive reprieve from online school, which he said has become a “monotonous job of just turning in assignments by 11:59pm.” Furthermore, it’s been an opportunity for him to improve his public speaking skills.

“It’s helped my stutter and led me to become more articulate,” he said. “This podcast has taught me things about the real world that I didn't know beforehand, such as how the world has changed from previous generations and that anything is possible with a group of dedicated friends who are willing to help you achieve a goal.”