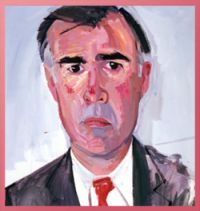 California wanted someone who could balance the budget, create more jobs, cut spending and improve education without raising taxes, cutting programs or changing policies. In short, the California voters wanted Superman. Instead, they got Jerry Brown.

California wanted someone who could balance the budget, create more jobs, cut spending and improve education without raising taxes, cutting programs or changing policies. In short, the California voters wanted Superman. Instead, they got Jerry Brown.

Post election, people are often disappointed by the newly elected leader when cold reality hits. Politicians can rally people, propose brilliant new ideas and criticize the current administration all they want, but when it comes time to make the hard decisions, there is no more hiding behind smoke and mirrors.

During his campaign Brown proposed a lot of things that may never get done and made promises that he can’t keep, yet that is the cycle of politics.
Brown will take office on Jan. 3 and the next four years won’t be a walk in the park for him. Many Californians will not be happy with the tough decisions that he must make: cutting programs, addressing the massive debt of $25.4 billion, increasing taxes and employee union benefits and pay. In fact citizens will continue to criticize him until the economy turns around and they start to feel the benefits of his tough choices. There will never be a solution that will please every one, especially in the present predicament.

Yet Jerry Brown is the right man for the job. California chose wisely, even though Brown is far from perfect. He brings experience to Sacramento. At 72, Brown will be California’s oldest Governor, but he was also one of the youngest when he served two terms as governor from 1975 to 1983.
During this time Brown was a moderate Democrat, with ideas ahead of his time, but he was also blamed for the subsequent debt that followed him out of office. During his early years in politics Brown was called “Governor Moonbeam” because of Califonia’s reputation as a free thinking hippy state, and his resistance to conformity. His ideas of launching the state’s own space shuttle and his relationship with actress Linda Ronstadt led to his easy going reputation. But since then Brown has changed and matured.

Finally, the governor and legislative majority are from the same party. Even though party ties hurt the nation in the long run, in crisis like the one California faces today having a legislature that can work together to fix the problems is the best solution.

When he was mayor of Oakland, Brown worked to stimulate the community’s economy and combat unemployment and crime in the city by promoting businesses. His plan was successful and Oakland was much better off after Brown left office. But in general, a person cannot judge a candidate or a person based on past successes and failures; instead, one must look at individual decisions and more importantly, motives.

Yes, Jerry Brown has made some political mistakes in his career. Yes, he is an old, white career politician who has been working the polls for years. But he also has great qualities of leadership and he knows ho

w the government works. When he takes office, he will hit the ground running with the legislature on his side, things may finally be accomplished in Sacramento.

Jerry Brown’s victory was an encouraging reminder that politics is more than just a contest of wealth, and money buy the race. A refreshing truth.

Now people must focus their attention on improving California. One man cannot solve the problems of a small country sized state on his own. It will take work, patience and persistence; people must look past party lines and do what is best for California.