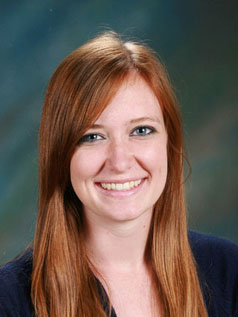 Is it totally wrong to just absolutely love staring at people from a distance with complete fascination with their lives? OK, it sounds pretty creepy. But I can’t be alone in taking such joy out of simple people watching.

Is it totally wrong to just absolutely love staring at people from a distance with complete fascination with their lives? OK, it sounds pretty creepy. But I can’t be alone in taking such joy out of simple people watching.

The other day, I was sitting in the food court at the mall, enjoying my delicious Rubio’s, when I saw this group of three girls, probably around seventh or eighth grade, walking past in cute skirts. I couldn’t stop wondering why they decided to wear skirts in the middle of winter.

I heard some boyish chuckling, so I turned my head ever so casually and saw this group of four guys about the same age blushing and laughing to themselves. Then it hit me: I was caught in the middle of a middle school crush connection.

At first I felt awkward, like super awkward. But then I just leaned back a bit and let the show begin. Needless to say, these girls walked by at least five more times, and these guys never moved. I kept wishing some verbal connection would occur, but when it was never established, I felt the disappointment on both sides. Oh how I did not miss the awkwardness of middle school relationships.

Another episode of people watching-indulgence occurred at the Starbucks by Safeway when a huge guy with tattoos and very large muscles walked in. Since he had his back to me, it wasn’t until after he ordered that I noticed he had a purse. And if that wasn’t unusual enough, he had a Chihuahua inside. It was a great moment. For the rest of the day I couldn’t get him out of my head as my thoughts were consumed with wondering who he was, if the Chihuahua was his, and if this man-purse/satchel was truly his.

Whenever I am in any public transport location, an airport or on a plane, a train or a bus, or even a parking lot, I make up stories about the people’s secret lives behind their appearance. I can make them secret agents, stay at home dads, models, book worms or sudoku masters.

Everyone has a secret aspiration or life dream that comes out through their way of being. You just have to look deep enough.

I don’t see a problem with not thinking about your life for a while and putting yourself into someone else’s. It gives you a chance to make a television show out of every day life without vegging in front of a TV. It can be very entertaining. Just don’t get caught staring.